Chris Sutton feels Liverpool are “massively in trouble” following a 1-0 defeat at home to Chelsea and may need to win the Champions League to qualify for it next season.

Liverpool turned in a display short of ideas at Anfield and only registered their first shot on target in the 85th minute, the first time they have taken so long to do so since 2010.

Chelsea scored the crucial goal through Mason Mount in the 42nd minute, after Timo Werner had seen a goal ruled out. 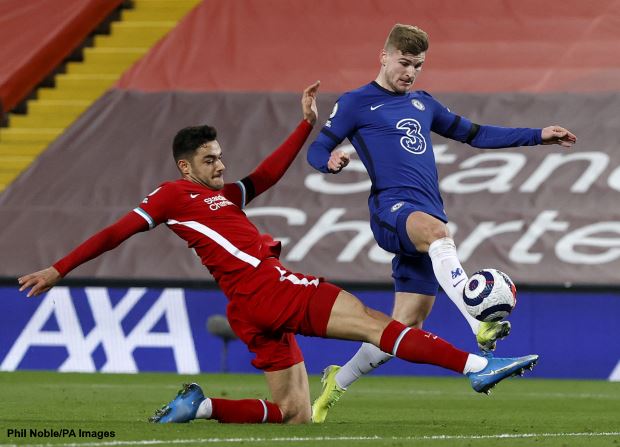 Liverpool now sit four points behind fourth placed Chelsea and have lost an astonishing five games in a row at Anfield, the first time it has happened in their history.

Sutton thinks the Reds are in big trouble and will likely need to win the Champions League to get into the competition next season.

“[Jurgen] Klopp really rattled on the touch line, having words with the fourth official but I don’t know what about”, Sutton said on BBC Radio 5 live.

“His team were well beaten tonight, Chelsea were the better team I thought it was comfortable from them.

“In the second half Edouard Mendy didn’t really have to make a save of note. Chelsea saw this through comfortably, Liverpool are massively in trouble if they’re hoping to finish top four.

“They’re probably going to have to win the Champions League for them to qualify again!

“Chelsea are certainly one of the favourites now for a top four finish.”

Liverpool have not won a game at Anfield since 16th December, when they edged out Tottenham Hotspur 2-1. 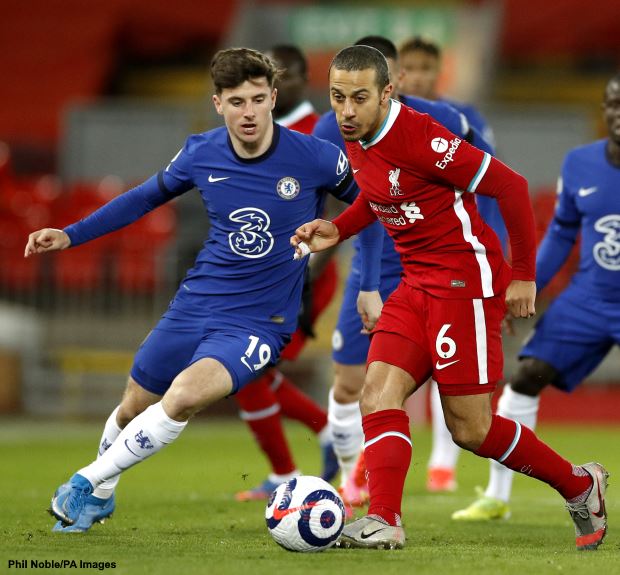