Manchester United and Chelsea are exploring the prospect of snaring away Milan Skriniar from Inter during the summer transfer window.

Skriniar could have left Inter last year when Tottenham wanted to sign him and the Premier League side sent representatives to Italy in a bid to seal a deal.

But the north London club were not willing to meet Inter’s valuation of the player and as the transfer window closed he had remained in Italy. 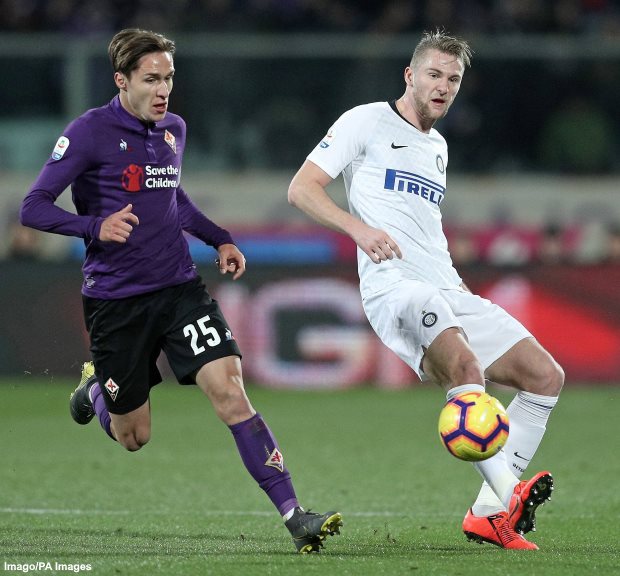 His future is again under the scanner ahead of the summer transfer window with a move to the Premier League again emerging as an option.

And according to Italian outlet FcInterNews.it, Manchester United and Chelsea are interested in securing the services of the centre-back this summer.

Ole Gunnar Solskjaer wants to add a top-class centre-back to his squad as a potential long-term partner for Harry Maguire.

Thomas Tuchel is also looking for an experienced defender who can play alongside the ageing Thiago Silva.

Inter could consider selling him if they have to sell a star player in the summer to balance the books.

But it could still take an offer worth €50m or more for Inter to consider letting Skriniar go.