Everton midfielder Gylfi Sigurdsson feels that Richarlison has come to the goal party for at the right time for the Toffees after he fired his side to a 1-0 win away at West Brom on Thursday evening.

The Brazilian has scored four goals in his last four games for the Toffees and hit the back of the net in the 65th minute at the Hawthorns to hand Everton all three points.

Following the 1-0 win against strugglers West Brom on Thursday night, Richarlison’s team-mate Sigurdsson took time to heap praise on the 23-year-old, insisting that the former Watford man has come good at the right time. 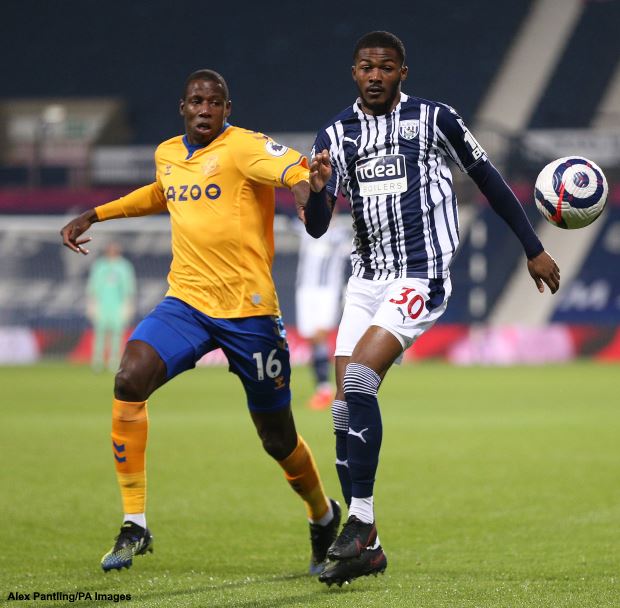 “Dominic has scored a lot of goals but Richarlison is chipping in now at the right time”, Sigurdsson told Sky Sports after the match.

“That is six points he has won us in the last two games.

“It was a tough game.

“We knew they would defend deep and well.

“We had an idea a set-piece might win it.”

The 31-year-old also took time to stress the need for his team to keep going and continue working hard because the battle to secure a European spot could go to the wire.

“We are confident after a couple of good results. But it is tight at the top.

“We have to keep going and work hard.

The win helped the Toffees sneak into the top four after 26 games and they next face a crunch meeting with Thomas Tuchel’s Chelsea side.