Inside Opinion: This Early Michael Beale Sign Significant For Rangers

Marco Rossi’s Hungary found themselves in the ‘Group of Death’ at Euro 2020, alongside France, Germany and Portugal.

Few gave the Hungarians a chance of progression, but with Rossi’s brave, intense and aggressive tactics, they held their own, drawing with France and Germany and going close to reaching the knockout stage.

Inside Futbol spoke to Rossi about the way he inspired the Hungary players, his plans for the future and growing defensive talent Attila Szalai.

Inside Futbol (IF): Many people, before Euro 2020 had kicked off, wrote Hungary off. How did you manage to inspire the players to believe that they could beat some of the best national teams in the world?

Marco Rossi (MR): We had constant communication. We worked on the psychological perspective with video chats and calls and did what was possible during the pandemic period, but we knew in order to be competitive with the big national teams we had to play in a very organised way, reacting together to every difficult situation and trying to be a squad. This is what we did.

The tactical perspective of the team was absolutely disciplined. Everybody knows what to do on the pitch and to keep the right distances between the lines. Then it was possible to fight. Sometimes in football, people criticise the players and say they did not fight. Sometimes it is difficult if they are not at the right distances to fight or recover the ball. I think we are really good at every aspect for sure. At the end of the day, technical skills are the most important thing. 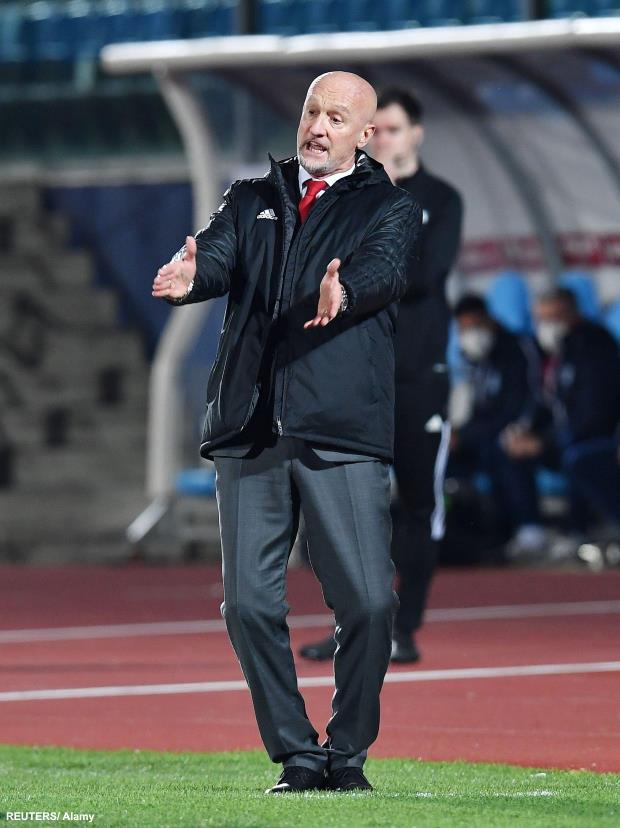 IF: Who were the toughest opponents in the Group of Death, in your opinion?

MR: I have to say, probably for us, the most difficult match was the first one. We suffered those three goals from Portugal in the end and it was not easy to prepare for the next match. You know, when you concede three goals and you are playing against France it is not easy, but the players were really good. For example, our most experienced players such as captain Adam Sazali, Willi Orban, Peter Gulasci and Attila Szalai were unaffected. They always had a good attitude. This is very important inside the team.

IF: After scoring a second goal against Germany did you expect that you could make it in the final minutes?

MR: At the moment we scored the second goal after Germany had levelled the match, I really started to believe it could happen. Unfortunately, it didn’t, but this will still go down in recent Hungarian football history. Before Euro 2020, if someone had said we would draw against France and Germany nobody would have taken them seriously.

In the end we were ten minutes away from going through, but we need to accept what happened and be happy because this is an important step forward and we have to follow the same path in the future. 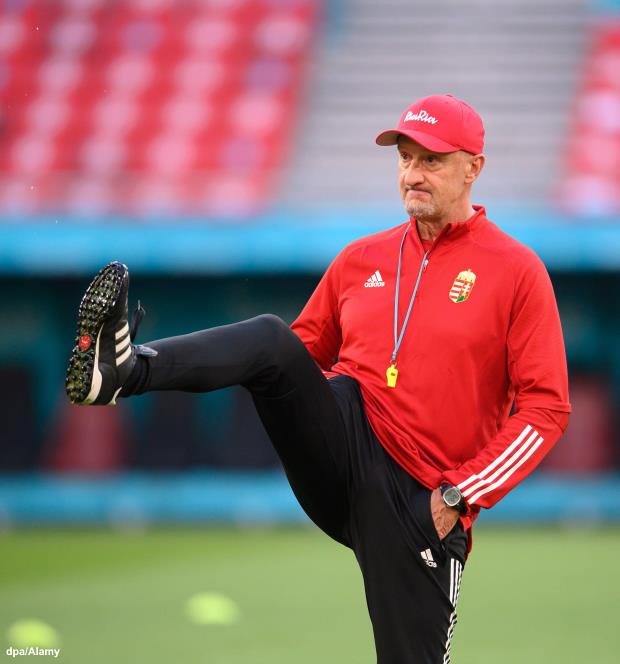 IF: How do you explain the fact that you needed to leave Italy behind and move to Hungary in order to build your name as a coach?

MR: My task is to lead Hungary in the World Cup qualifiers. In September, we play against England. I have a long contract with the federation, but anything can happen in football. If I have to choose one club and one league for my career, to be honest, I would choose Spain, England or Germany. I would leave Italy in last place because it is quite difficult to work in Italy. There is no patience and many times after two matches if you did not win you can be fired. My career has not been so well known to be accepted at a good club in Italy, so if I go to Germany or to England, the fans might accept me better than in Italy.

IF: What is the next step for you with the Hungary national team? Do you think after 36 years you can lead Hungary at the 2022 World Cup?

MR: We know it is nearly 35 years since we played at a World Cup. We would like to be part of it, but we know it is quite difficult at the moment. It is only a dream, but we are in the same group as England, Poland and we also have Albania, who are quite difficult opponents to play against. So at the moment it is still a dream, but we have to dream in life. If you are not dreaming in life you are dead. 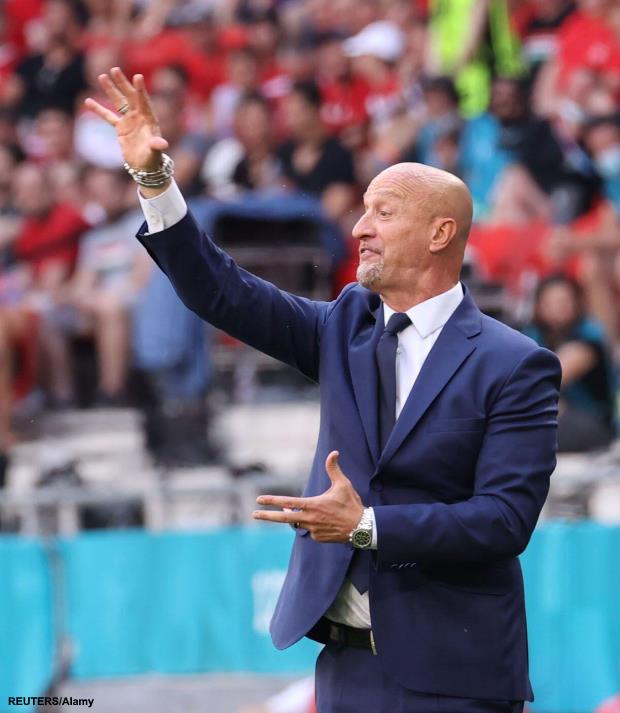 IF: What is your view of Attila Szalai? Do you believe he is ready for the Premier League?

MR: I think Attila made a very good decision when he moved to Fenerbahce because they are a big club, have fantastic supporters and there is a lot of pressure. This is very important in order to improve the personality of a player. Attila is very committed and humble. He knows his weaknesses and works very hard. I think he has done well in Turkey, but now [if] there is an opportunity to go and play in England or wherever. It could be the right moment because Attila is ready to play.

IF: What do you like about him? What are his strong points?

MR: I like many things about him. He is very good at closing his opponents, very good at reading the game and in defensive duels. He is a complete player. Also, when he has the ball he has the right personality to play. He could improve in some decisions that are not always appropriate, but he is still young and has the time to learn. I think he will learn year after year and in two, three years he will be among the top central defenders in Europe. 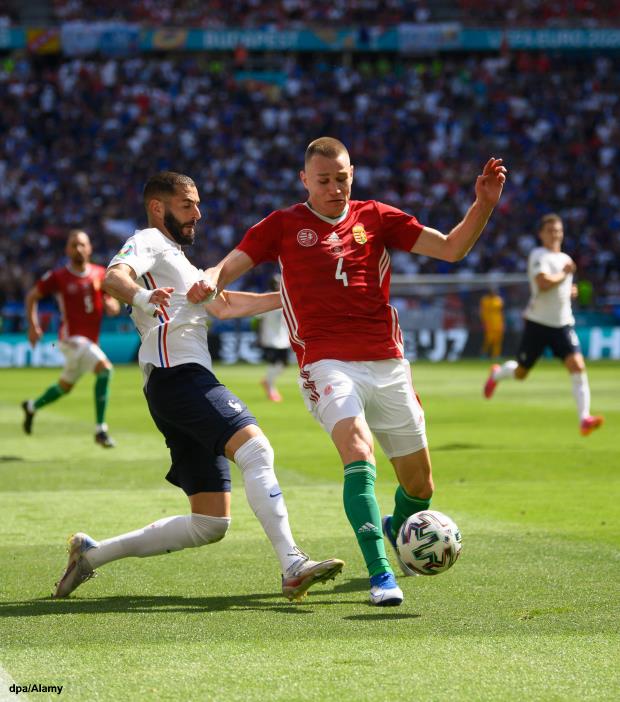 IF: He has been linked with both Leeds United and West Ham United this summer. In terms of Leeds, would working with Marcelo Bielsa be a good move?

MR: Absolutely. In my opinion, he is not just a colleague, but really one of the best managers. With Attila Szalai, I knew when he was only at the beginning of his career that he would change a lot because everybody has to change, has to improve day after day, year after year. I am sure that by going to Marcelo Bielsa, he could have the option to improve even faster than with other coaches.