Javier Saviola was plucked from River Plate by Barcelona in 2001 and tipped for the very top of the game. He scored over 70 goals for the Catalan giants before departing the club on a permanent basis for their fierce rivals Real Madrid.

The forward plied his trade in Argentina, Spain, France, Portugal and Greece, winning La Liga, the Primeira Liga and Super League Greece, while also picking up the UEFA Cup.

On the international stage, Saviola won 39 caps for Argentina, appearing at the Copa America and World Cup; he also won a gold medal at the 2004 Olympic Games.

Inside Futbol spoke exclusively to Saviola about his career, playing with Ronaldinho, hearing about a young Lionel Messi and playing under Frank Rijkaard and Louis van Gaal at Barcelona.

Inside Futbol (IF): Did you expect Lionel Messi to leave Barcelona?

Javier Saviola (JS): I honestly never expected Leo to leave Barcelona because we all had heard the news that he would continue there. That was said both by himself and by the Barcelona board.

So it was a great surprise, not only for me but for the whole football world. When he said goodbye to the fans after so many years at the club, he was really disappointed, but in the end, football is like that, a lot can happen.

Now a new chapter has begun for Messi. I am sure he will be able to succeed at Paris Saint-Germain.

He will also be able to win important trophies in Paris. Paris Saint-Germain are aiming for the Champions League and they proved with the transfer of Leo and the other arrivals that they are building a strong side. So they can achieve their goals. 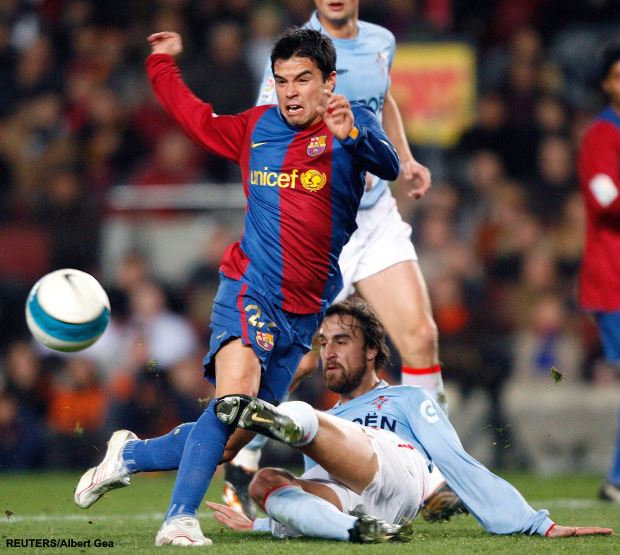 IF: When did you first hear about Messi at Barcelona?

JS: I met Messi at a very young age. I went to Barcelona when I was 19 and Messi had not played in La Liga at that time, he was still very young, in La Masia. 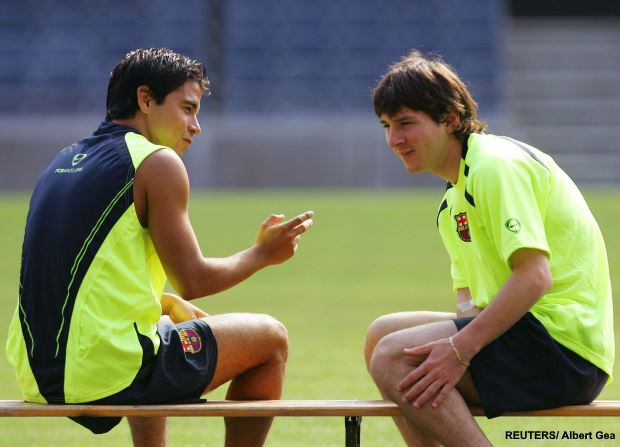 IF: How did you move to Barcelona?

JS: I went to Barcelona after the U20 World Cup held in Argentina. Honestly, that tournament was impressive because we managed to be declared world champions, I did very well and then Barcelona’s interest started. I was still at the World Cup when the two clubs, River Plate and Barcelona, agreed on my transfer.

IF: What was your best moment at Barcelona?

JS: My best moment at Barcelona was in my first season when I moved there and started playing, feeling all the love that people showed me, but also the enthusiasm that I had in order to succeed.

That first season went very well. I scored important goals, I played quite well. The worst moments were when I was not playing. There were some phases in my career at Barcelona when I was not in the starting line-up. This is the worst thing for every player to experience.

IF: What do you remember the most about Ronaldinho?

JS: Ronaldinho was a pleasure to watch. I played with him, he was a special player, I had a great time with him, both on and off the pitch, because he was very funny, he conveyed joy to those around him, as did the majority of the Brazilians.

As a player, he did things with the ball that we had never seen before. Ronnie was a special player, one of the best players I have played with in my whole career. It was impressive to see Ronaldinho after every training session because he would take the ball and start doing tricks that no one had ever seen before. So we all sat down and watched him, we were the spectators, it was fantastic. 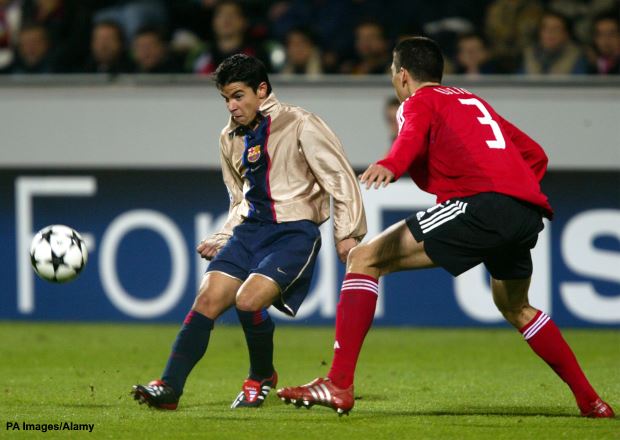 IF: What does Diego Maradona symbolise for you?

JS: For us Argentines, Diego is unique. There will never be another player like him. We are lucky that Messi also appeared on the football scene, so we have the two greatest players in history and we are proud that they both came from Argentina.

Personally, I do not even compare to those two super players, however, I feel very proud that at some point when I was younger, I was compared to Maradona.

IF: You played at Barcelona under Louis van Gaal and Frank Rijkaard, who was the best?

JS: I worked with both of them, I learned a lot. They were both very good coaches, I followed their advice and it worked out well for me because they both were considered two of the best coaches in the world back then.

Van Gaal had a stronger personality, he was a coach who always made his presence felt in the way he looked at football, but personally, as long as we worked together, I never had the slightest problem with him. He stood out much more as a personality than Rijkaard.

IF: How did the move to Real Madrid come about?

JS: Ι saw my move to Real Madrid as a new opportunity in my career. My period at Barca was over and I wanted to continue progressing as a player.

A club like Real Madrid, with their history, with all these legends who passed through their ranks, [it] was the best decision for me to continue my career there. Real Madrid made me an offer and I did not hesitate for a moment to say yes, in order to continue at the highest level. 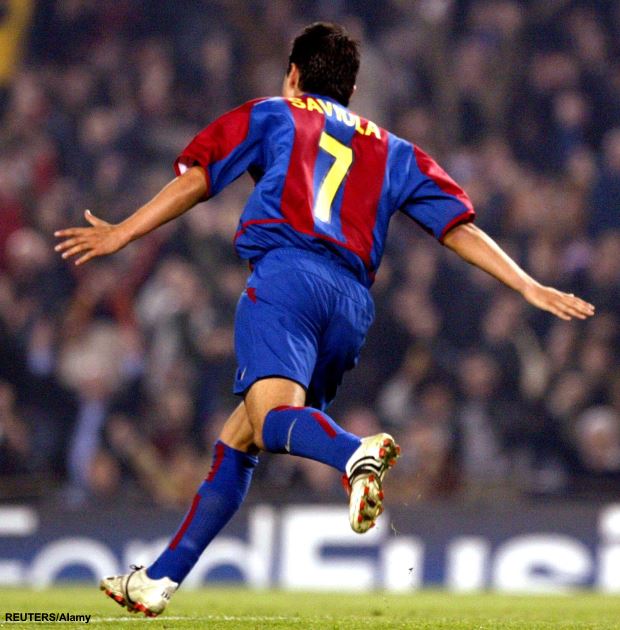 IF: You played at clubs with passionate fans. Which ones stand out to you?

JS: During my career, I had the opportunity to play in teams whose fans are very supportive of the players and passionate, such as River Plate, where the fans are crazy, or Benfica, where people follow you everywhere.

The same thing happened with Olympiacos. It was fantastic to see the stands with so many torches lit, the people watching the games singing and doing everything in order to support the players.

It was fantastic to enter the field of Georgios Karaiskakis and feel the love of the Olympiacos fans. Before we even entered the stadium, people were creating such an atmosphere that we felt the pressure that we had to go out and win.

IF: How did you decide to get involved in futsal?

JS: I started playing indoor football when I was five years old and I always wanted to do it again, after finishing my professional football career.

When I moved to Andorra, the Encamp club gave me this opportunity and the best part of it is that the Andorran champions are also in the Champions League, so that excited me a lot and I can say that I am very happy to be able to play futsal all this time.

It was a decision I made when I stopped playing football. Indoor soccer is constantly evolving in Andorra.