Fabian Balbuena has insisted that he has no complaints against West Ham manager David Moyes despite him not agreeing to extend his stay at the club.

Balbuena left West Ham to move to Russia with Dynamo Moscow on a free transfer at the end of his last season.

The Paraguayan was a fringe player at West Ham last season and only two of his 14 league appearances came in the second half of the 2020/21 campaign. 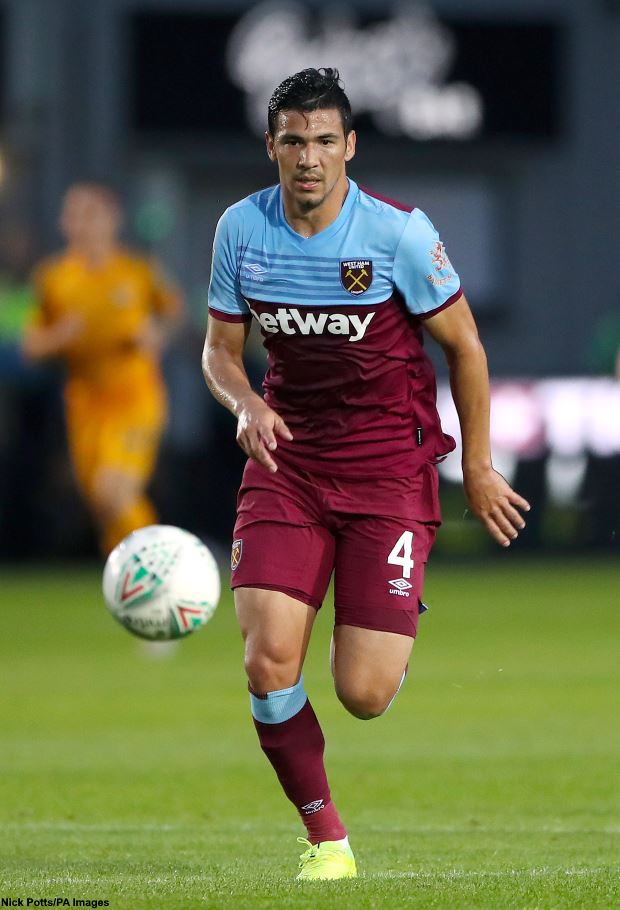 West Ham had an option to extend his contract by a year but the Hammers opted to move on from the 30-year-old defender.

Balbuena conceded that he was prepared for that and stressed that he had no complaints against Moyes as the West Ham manager kept him in the loop throughout.

He stressed that the way West Ham manager treated him until the final day deserves nothing but respect.

“West Ham had an option to extend my contract by a further year”, Balbuena told The Athletic.

“They didn’t use that option and I was prepared for the situation — I wasn’t the first choice at the time.

“I was grateful for the opportunity because he helped me with a lot of things.

“My confidence was low at one point and Moyes helped me with that.

“I don’t have any complaints and I could never have anything bad to say about Moyes.

“As a player, you want to hear from the manager at times like this.

“He said he was thinking about me until the last day and decided they had to look at other options.

“I have a lot of respect for Moyes.”