Marcelo Bielsa has insisted that Leeds United deserved to walk away with a win against Wolves compared to the point they rescued towards the end at Elland Road.

A Hwang Hee-Chan goal in the tenth minute was the difference between the two sides as Wolves looked like inflicting another defeat on Bielsa’s side today in west Yorkshire.

But young striker Joe Gelhardt won a penalty for Leeds in stoppage time and Rodrigo converted the spot-kick to earn a point for the Whites at Elland Road. 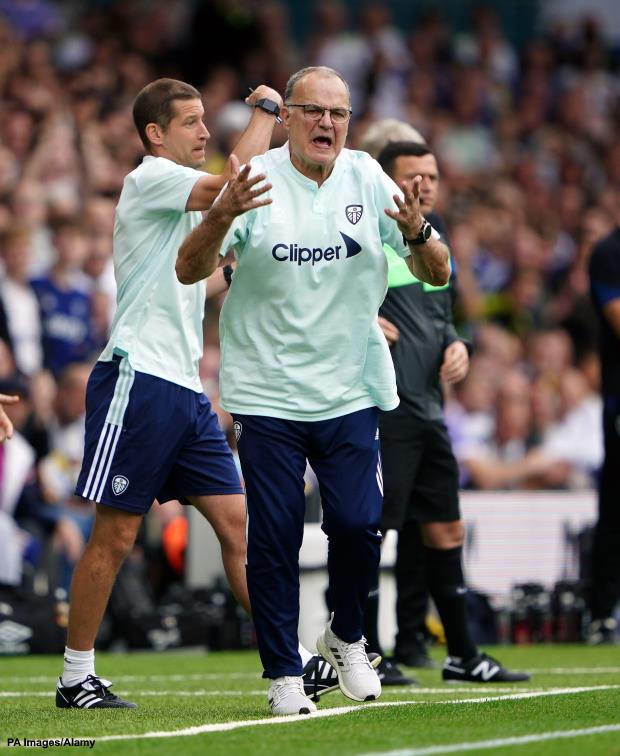 However, Leeds were the better side and had Wolves under the cosh as the clock ticked down.

Bielsa stressed that Leeds deserved more than a point and feels given the way they controlled the game, a win would have been the fairer result for the home side on the balance of the proceedings.

The Leeds boss said on Sky Sports post match: “We deserved something more than the draw.

“Apart from some things at the start of both halves, we had the control of the game.

“Progressively we started to get closer and closer to the goal and to have won the game would have been more in accordance with what happened on the pitch.”

Leeds will next be in EFL Cup action on Tuesday night when they travel to the Emirates to take on Arsenal.