Celtic Set Me Up Perfectly For Premier League – Kristoffer Ajer

Brentford new boy Kristoffer Ajer has revealed that his stint at Celtic, where they are expected to win every time they play, has made his transition to Premier League football easy.

Ajer racked up over 170 appearances for the Scottish giants across all competitions before he moved south of the border this summer to join Premier League new boys Brentford. 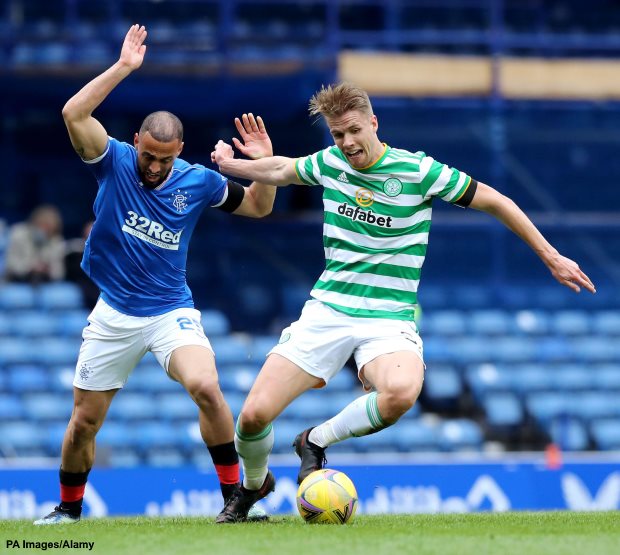 Ajer has revealed that it has been easy to take the step from the Scottish Premiership to the Premier League as his spell at Celtic Park has set him up well to adapt to the demanding environment in England.

The defender explained that at Celtic, the fans expect them to win every time they take to the field and as such he is accustomed to pressure, although the quality of opposition in the Premier League is very challenging.

Asked how he has found adjusting to the demands of the Premier League, Ajer said on the Warm Up show on Brentford’s YouTube channel: “It has been great.

“I think coming from Celtic, it is quite easy to take that step.

“It is a massive club in Glasgow that is expecting you to win every single game.

“So, it has been easy to adapt to [the Premier League] but also quite challenging with regards to the opposition that you play every weekend.

“So it has been a great learning experience.”

Ajer won three Scottish top flight titles with Celtic, but at Brentford his primary objective will be to help his team maintain their top flight status this season.