Fulham striker Aleksandar Mitrovic has emerged as an option for Juventus if they fail to sign Arsenal and Tottenham Hotspur target Dusan Vlahovic in January.

Vlahovic is wanted at several clubs in Europe as he continues to score the goals in Serie A and four Premier League clubs sounded him out in October.

Arsenal and Tottenham are amongst the clubs who are interested in getting their hands on Vlahovic and are prepared to make a move for him in the winter window. 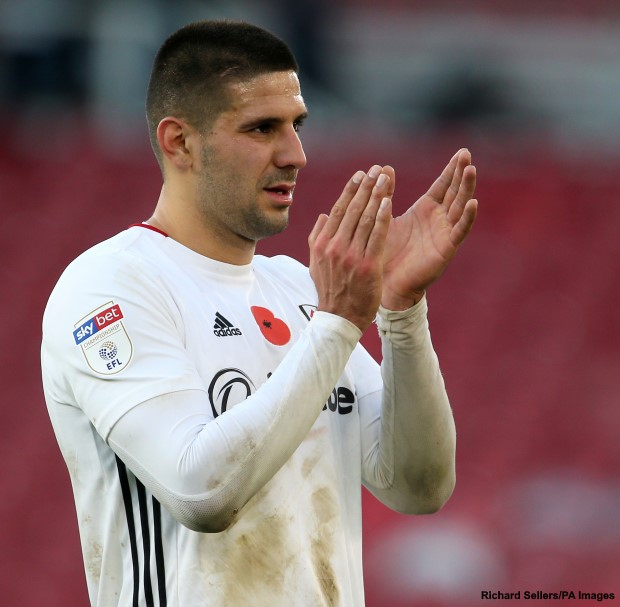 He is also the top target for Juventus, but the Italian giants are expected to struggle to meet Fiorentina’s €80m asking price.

And according to Italian daily Tuttosport, Mitrovic is one of the players Juventus are looking at as the alternative to Vlahovic.

The Fiorentina hitman is still their top target and Juventus are prepared to put in a real effort to take him to Turin.

But the financial muscle of his Premier League suitors, coupled with Fiorentina’s reluctance to sell him to Juventus, makes it a complicated operation.

Mitrovic was offered as an option to Juventus sporting director Federico Cherubini during his recent visit to London, where he met several agents and intermediaries.

The Fulham forward has again been prolific in the Championship this season, scoring 21 times in 18 appearances.

However, he has rarely sparkled in the top flight, netting just 24 times in 104 Premier League matches.

But Juventus are considering moving for him if their Vlahovic operation fails to stick the landing.