Former Celtic defender Mark Wilson feels that the Bhoys players know just how good Jota is, as evidenced by the fact they are always looking to feed him the ball.

Jota, on loan at Celtic from Portuguese giants Benfica, has hit the ground running in Scottish football and got his side on the road to victory against Aberdeen on Sunday, scoring the first goal of a 2-1 win.

The attacker has now found the back of the net eight times in 17 outings for Celtic so far this season and Wilson is in no doubt that Jota’s team-mates understand just how good he is. 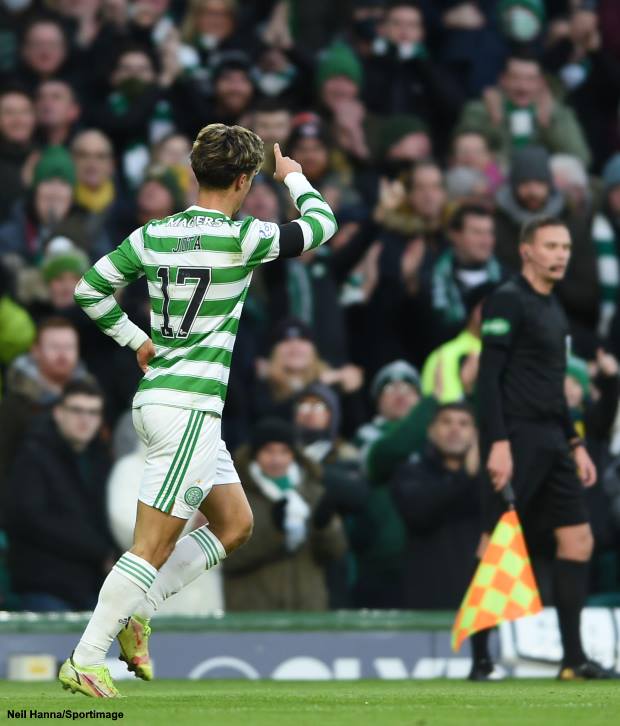 The former Bhoy believes that the Celtic players make sure they feed the ball to Jota because they know he can do something with it.

“He’s brilliant, he really is, and I think you can see that the actual Celtic players realise that as well”, Wilson said post match on Clyde 1’s Superscoreboard.

“If you had to analyse Celtic’s last half a dozen games, and they do these heat maps where the ball goes, you quite often see the ball going out to Jota.

“We’re criticising [Leil] Abada for not getting involved, but the Celtic players know he [Jota] is going to do something.

“And that’s what he was brought to the club for.”

Celtic have an option to keep Jota on a permanent basis and are widely tipped to trigger the clause and secure the Portuguese at Celtic Park.