West Ham United boss David Moyes has selected his starting eleven and substitutes for this afternoon’s Premier League meeting with Manchester City at the Etihad.

The Hammers recorded a 2-0 win at Rapid Vienna in the Europa League on Thursday evening to continue their impressive continental form. 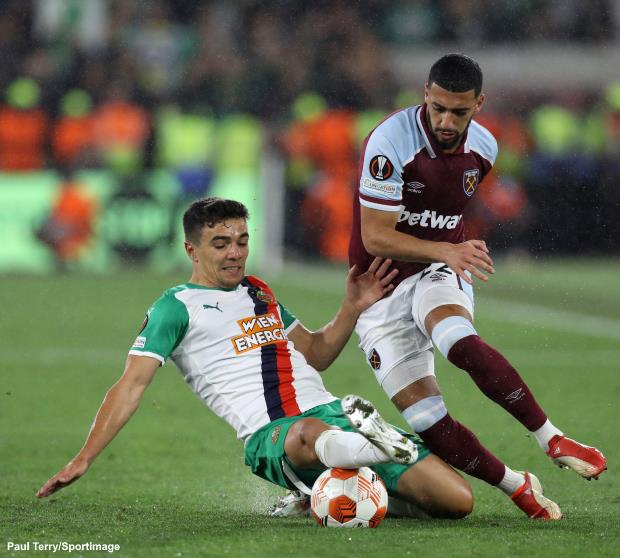 However, they lost their last league outing, against Wolves, and will want to spring a surprise on champions Manchester City today to get back to winning ways.

Moyes is without defender Angelo Ogbonna, who is likely to miss the rest of the season through injury.

If Moyes wants to shake things up he can look to his bench, where options are available, including Jarrod Bowen and Issa Diop.