Former Scotland star Barry Ferguson has insisted that Celtic must look to turn Jota’s loan into a permanent deal as they could get their double money for him in the near future.

Celtic signed the winger on deadline day from Benfica last summer on loan with an option to buy.

The Portuguese has made a big impact at Celtic, scoring eight times in 17 appearances and providing six assists for his team-mates. 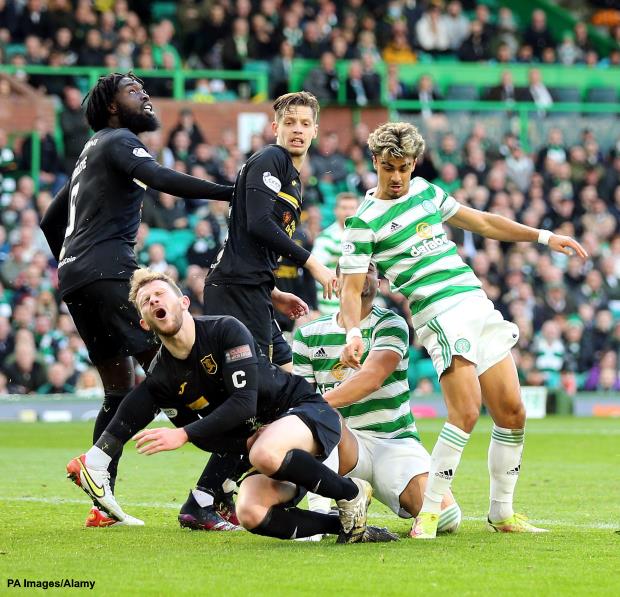 There is already talk Celtic are considering making his move permanent for a fee of €7.5m in January.

Ferguson stressed that Jota should sign on the dotted line with Celtic as the club gave him the opportunity to shine when he was not getting many opportunities at Benfica.

He also insisted that Celtic must get the deal over the line as they could double their money by selling him if Jota continues to perform at his current level moving forward.

Ferguson said on the Go Radio Football Show: “Celtic have been good for Jota.

“He wasn’t playing at Benfica.

“They have given him a platform to go and show what he can do and he has shown it at a consistent level.

“I like players who want to learn and he clearly wants to learn and work hard and I think it would be better for him if he came over to Celtic and sign permanently.

“You need to play week-in-week-out and look I think at that price at €7.5m, if he goes and has a good another 18 months, Celtic would look at doubling that in transfer fee as certainly clubs down in England will be looking at him.”

It remains to be seen whether Celtic are prepared to fork out €7.5m to sign Jota on a permanent deal.