Michael Ball has compared Everton signing Anwar El Ghazi this season with their swoop for Josh King last term, with the Egyptian not being given any game time at the weekend against Norwich City, even though the Toffees needed more quality in attack.

The Toffees roped in El Ghazi to Goodison Park on loan from Aston Villa last week for the remainder of the season.

El Ghazi earned a spot on the bench at the weekend in Everton’s 2-1 loss away at Norwich, but then manager Rafael Benitez opted to not play him even when the Toffees needed more quality in the attacking third. 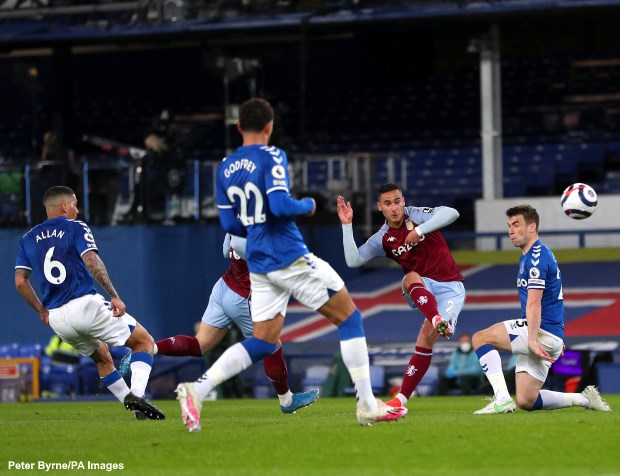 Ex-Toffee Ball sees similarities between El Ghazi’s move to Everton and King’s short stint at Goodison Park last term, as the Norwegian was hardly given any game time.

Ball questioned the logic behind Everton bringing in players that are not going to play and suggested that El Ghazi was brought to the club just because Everton supremo Farhad Moshiri has a close relationship with his agent.

“Anwar El Ghazi has been brought to the club due to Farhad having a close relationship with a super-agent”, Ball wrote in his Liverpool Echo column.

“But then on Saturday with his side trailing, Rafa Benitez avoided bringing him on despite the fact we need a goal and a bit more creativity.

“Josh King was brought in on deadline day but Carlo Ancelotti hardly gave him any game time.

“What is the point in bringing players in who are not going to play and just sit on the bench?”

El Ghazi only played a bit part role at Villa Park this season and it remains to be seen whether he will get any significant game time at Everton under the manager that succeeds Benitez.