Simon Jordan has praised Manchester United manager Ralf Rangnick for the way he handled Cristiano Ronaldo sulking after being brought off against Brentford on Wednesday night.

Manchester United produced a clinical second-half performance to beat Brentford 3-1 and keep their hopes of getting back into the top four on track this season.

Ronaldo failed to hit the back of the net but played a key role in the second goal before being brought off in the 71st minute with his replacement Marcus Rashford scoring the third goal to seal the three points. 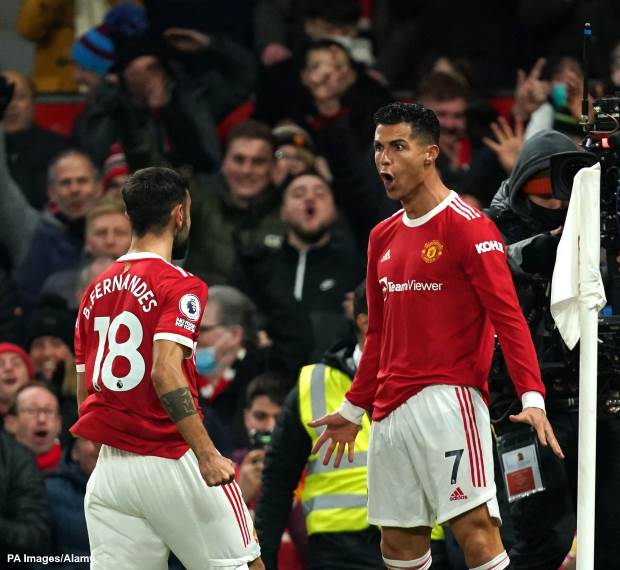 The Portuguese looked unhappy on the sidelines after being substituted and Rangnick was spotted talking to the superstar.

The German later admitted that he explained to Ronaldo why he was replaced and Jordan conceded that he was left impressed with the way the Manchester United manager calmly showed the player his place.

He feels Rangnick showed maturity as a manager through the way he handled a tricky scenario.

Jordan said on talkSPORT: “Rangnick exhibited the qualities of a very mature manager.

“And basically smacked him [by saying] ‘maybe one day when you land on the big boys’ world and not being just a player and that someone who has authority and responsibility, you will understand what big boys do’.

“That was his message and that was absolutely right for him to do that and very well handled.”

Ronaldo has scored eight times in the Premier League this season but is yet to find a goal in 2022.