Chelsea Could Injury Receive Boost Ahead Of Liverpool Final

Mateo Kovacic’s injury is not as bad as initially feared and he has a chance of featuring against Liverpool in the upcoming FA Cup final, according to the Times.

The Blues and the Reds are set to battle it out for the FA Cup at Wembley at the weekend.

While Liverpool are aiming to lift a second domestic title following their EFL Cup triumph earlier this season in their quest to seal an unprecedented quadruple, Chelsea are going into Saturday’s clash to end an otherwise underwhelming campaign on a high by clinching silverware. 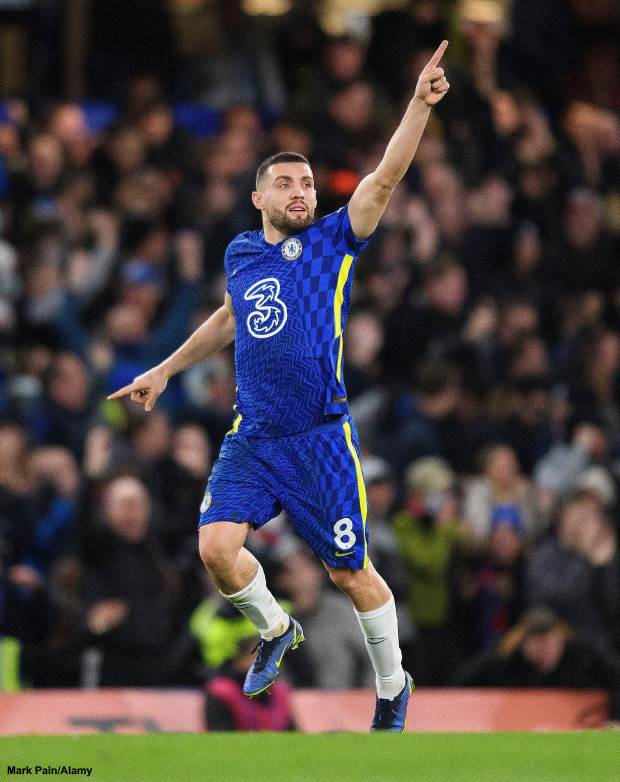 However, ahead of taking on Liverpool, Thomas Tuchel’s team were thought to have suffered a serious injury blow as Kovacic had to be taken off the field owing to a strong challenge by Daniel James in their 3-0 Premier League win against Leeds United on Wednesday.

Tuchel insisted that the capital club need a miracle for Kovacic to be available for selection against Jurgen Klopp’s side.

However, Chelsea have received a boost on the injury front as the Croatian’s injury is not as bad as first feared.

Kovacic, who is set to return to training on Friday, has a chance of regaining full fitness ahead of the Liverpool clash and featuring in the Wembley encounter.

While Chelsea could be in for some positive news regarding the fitness status of their midfielder, Liverpool will not have the services of one of their own midfield stars in the shape of Fabinho come Saturday, as he is dealing with a hamstring injury.