Chelsea centre-back Thiago Silva has revealed that he would like to finish his playing career at his former side Fluminense, a club he also supports.

The 37-year-old has been a rock at the back for Chelsea this season, with his leadership and experience all key qualities boss Thomas Tuchel values deeply.

Silva joined Chelsea from Paris Saint-Germain on a free transfer in the summer of 2020, and signed a new deal at the club in January that will take him to the end of the 2022/23 campaign. 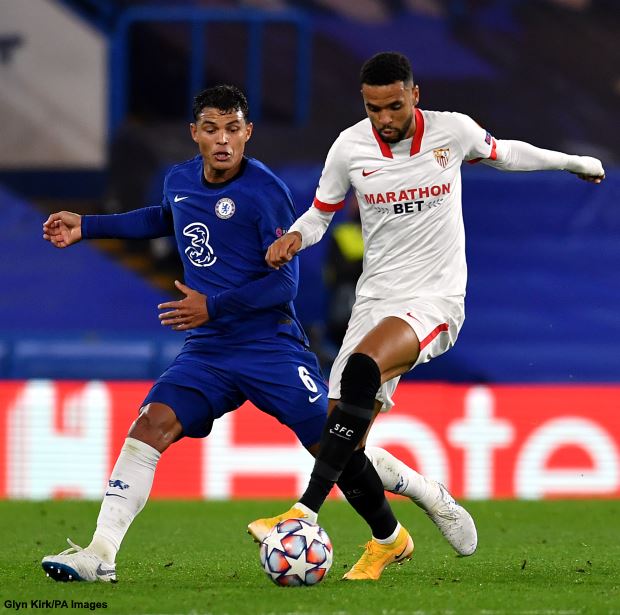 The veteran defender revealed that he would like to finish his career with another stint at former side Fluminense, who took a chance on him and gave him the opportunity to return to the pitch following a bout of Tuberculosis, during which he briefly retired from the sport.

“Fluminense is the club I would like to finish at”, Silva told the Daily Telegraph.

“It was the club where I played after I had my illness and it’s the club who opened the door for me after that stage and believed in me when nobody thought Thiago Silva would still make it as a player.

“As incredible as it may seem, it’s the club that I support as well.”

Silva added that extending his stint at Chelsea in January was an easy decision to make as he has felt at home since arriving at Stamford Bridge.

“To sign a new contract, for me, was the easiest decision to make.

“I feel very much at home here, my family are really happy here and, generally speaking, if things are going well off the pitch, then they tend to go better on the pitch as well.”

While Silva is set to lead the Blues backline for another season, his fellow centre-backs Andreas Christensen and Antonio Rudiger are both set to leave the club in the summer.