Nketiah’s contract with the Gunners expires in the summer and they face losing the striker on a free transfer to a Premier League rival.

The striker made his first appearance in the Premier League only in December this season, but in recent times has become a regular member of boss Mikel Arteta’s team. 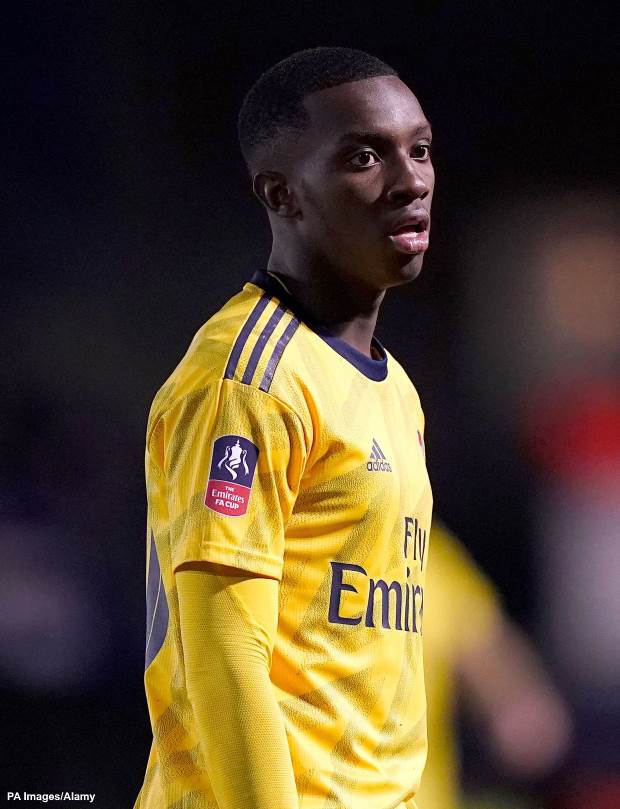 He started his first game of the league season in April and since then has not missed being in the starting line-up, scoring four goals in the process.

With his deal up after the season, the future remains unclear for the striker and a trio of Premier League clubs are circling around him.

The Toffees, the Hammers and the Villans are all looking to strengthen up front next season by including the young striker in their line-up.

Arsenal are expected to lose Alexandre Lacazette in the summer and the Gunners could try to get Nketiah to stay so as not to lose both their strikers.

Nketiah is a graduate of the Gunners’ academy and his recent form may convince the north London side to try harder to keep hold of him.