Liverpool Did It, Leeds United Can Too – Former Whites Star On Stadium Plans

Robbie Blake has stressed the need for Leeds United to develop Elland Road and pointed to how Liverpool managed to keep the history and tradition intact while renovating Anfield, something the Whites should also be able to do.

Avoiding relegation was key to the Leeds hierarchy being able to remain on course with their plans to take the club forward and Jesse Marsch and his charges were able to deliver that with a 2-1 win away at Brentford on Sunday.

Maintaining their top flight status has ensured Leeds will not lose out on a significant figure from their revenue next season, while also avoiding the slew of financial problems that often await clubs that slip down into the Championship from the Premier League. 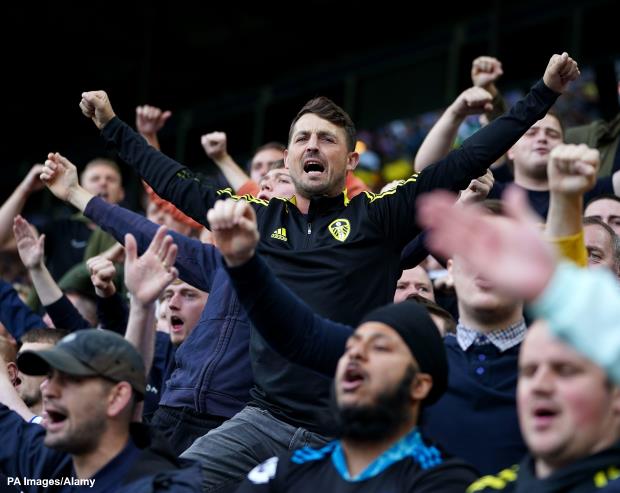 Former Whites star Blake stressed that the Leeds hierarchy need to start making plans to develop Elland Road as a modern stadium is necessary to really challenge the top teams in the country, although fans might worry that renovating their ground could be detrimental to the history and the tradition it holds.

“They can start planning for the development and what I would say is that even though Elland Road is an old ground, it has got space to develop and turn it into a more modern [stadium], which Leeds supporters will not like me saying that because in terms of the history and tradition of Elland Road there is nothing better”, Blake said on BBC Radio Leeds.

“But to go and compete with the big lads, you have to develop your stadium.”

However, Blake pointed to how Liverpool managed to renovate Anfield while keeping the soul of the club and the stadium intact, something which Leeds are also capable of doing.

“Liverpool have done that [keep the heart of the club but make the stadium better], have they not?

“But what I would say in terms of where Anfield is and Elland Road is, there is more growth in terms of the area, the space.

“Liverpool have managed to keep the history of Anfield there but still develop it at the same time.

“There is no reason why Leeds cannot do that.

“Such a huge football club with a great fanbase and let us hope that does materialise and they start getting the off-the-field situation sorted out in terms of all that and they still keep developing on the pitch.”

It remains to be seen what plans the current Leeds hierarchy have for the club, with a complete takeover of the club in 2024 by part owners 49ers enterprises also mooted.