Everton star Allan is keen on a move to Lazio in the summer and has been in contact with their coach Maurizio Sarri, it has been claimed in Italy.

The Brazilian was a fixture in the Premier League for Everton in the recently concluded season, although injury issues prevented him from featuring regularly towards the end of the campaign.

Allan arrived at Goodison Park in the summer of 2020 from Serie A giants Napoli, and has been able to establish himself as a starter. 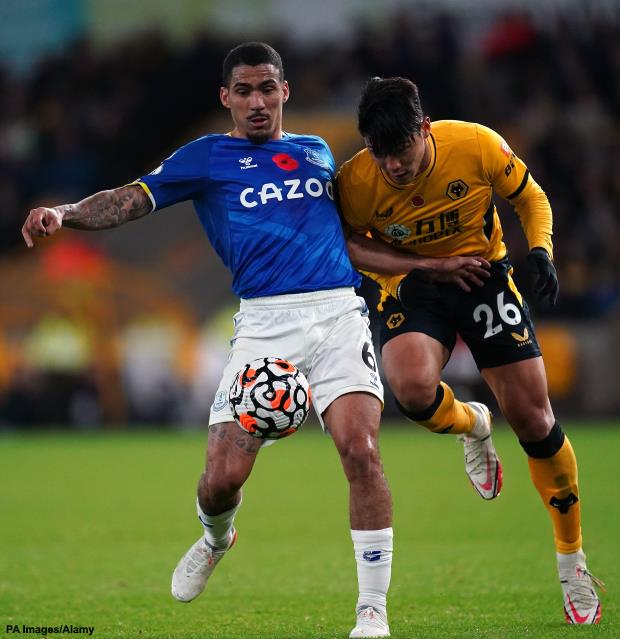 Italian heavyweights Lazio have Allan in their sights ahead of the summer transfer window with coach Sarri viewing him a dream signing for the club.

And according to Italian daily Corriere dello Sport, Allan is keen on leaving Everton for Lazio in the summer as he wants to link up again with Sarri, who coached him at Napoli.

The midfielder has been in contact with the Lazio coach and has been planning on drawing the curtains on his Toffees career since April.

However, Allan’s wage demands are tipped to be deemed too high by Lazio, while they are also expected to have a tough time negotiating a deal for him with Everton.

But a move for Allan could still go through as he only has one more season left in his contract at Goodison Park, while favourable tax laws in Italy could also boost Lazio’s chances of landing him.