Manchester City star Ilkay Gundogan has revealed that Liverpool manager Jurgen Klopp was one of the first ones to congratulate him after he won the Premier League title on Sunday.

Gundogan came on in the second half and changed the game for Manchester City by scoring two goals, including scoring the winner in the 3-2 victory over Aston Villa, which won them the league title.

Manchester City beat Liverpool by a point to the league title with Gundogan turning out to be their hero on the final day, but he revealed that Klopp was quick to send him a congratulatory note. 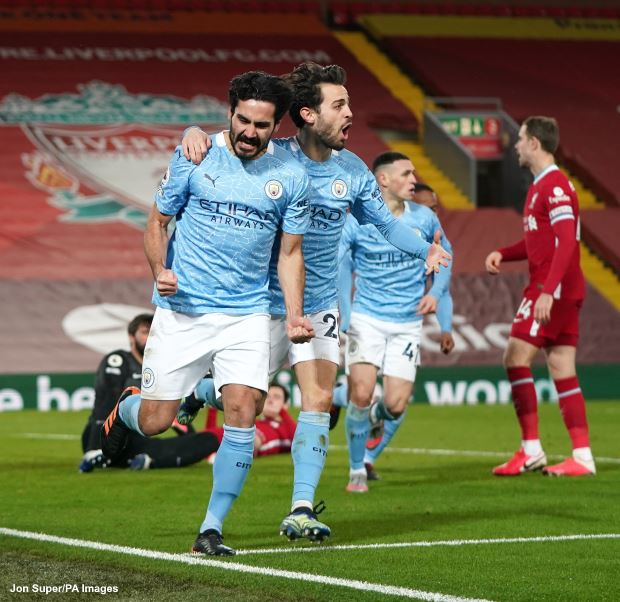 The midfielder played under the German at Dortmund and admitted that there is a healthy amount of mutual respect between them.

The Manchester City star credited Klopp’s Liverpool for pushing his team all the way and stressed that his former boss is as good a human being as he is a coach.

Asked if Klopp congratulated him, Gundogan told German broadcaster Sport1: “He was one of the first. We have always treated each other with the utmost respect.

“He had another very good season with Liverpool and made life extremely difficult for us.

“He is just an outstanding guy and coach, and he has shown that over the years.”

Klopp will now look to end the season on a high for Liverpool when they take on Real Madrid in the Champions League final on Saturday.