Gareth Southgate has insisted that West Ham United star Jarrod Bowen’s maiden call-up to the England team is one he thoroughly deserves and stressed he would have been in the squad earlier if it was not for an injury.

Bowen was on fire for the Hammers in the recently concluded season, both in Europe and in England, with 18 goals and 13 assists to his name across all competitions.

Many were expecting the winger to get his first Three Lions call-up and England boss Southgate has confirmed the winger will be in his squad for their upcoming UEFA Nations League fixtures. 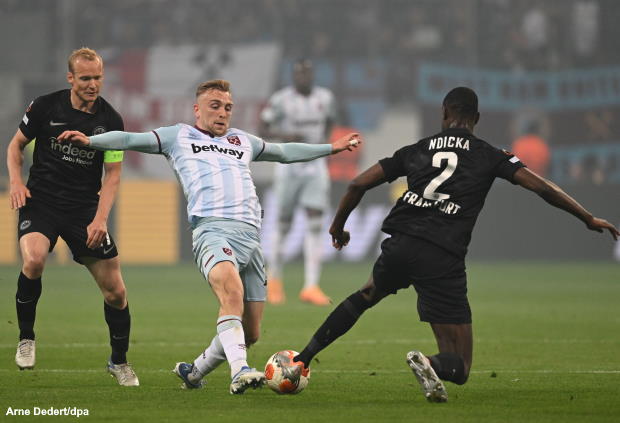 Southgate hailed Bowen for his hard-working mentality and stressed he is thoroughly deserving of being part of the England squad.

The Three Lions boss revealed that he was thinking of adding Bowen to his squad in March, before he was sidelined owing to an injury.

“We were certainly thinking about involving him in March before he got injured”, Southgate told a press conference.

“Works incredibly hard for the team.

Bowen will be joined in the national team camp by Hammers team-mate Declan Rice, who also had a stellar campaign at club level.