Chelsea’s late offer to Everton for Tottenham Hotspur-bound Richarlison was a player plus cash deal, which was not enough to convince the Toffees, according to the Guardian.

Everton and Tottenham reached an agreement over a deal worth £60m on Wednesday night for Richarlison’s move to the north London club.

The Merseyside outfit are not happy about the figure they are bagging but they had to accept it in order to balance their books ahead of the end of their financial year today. 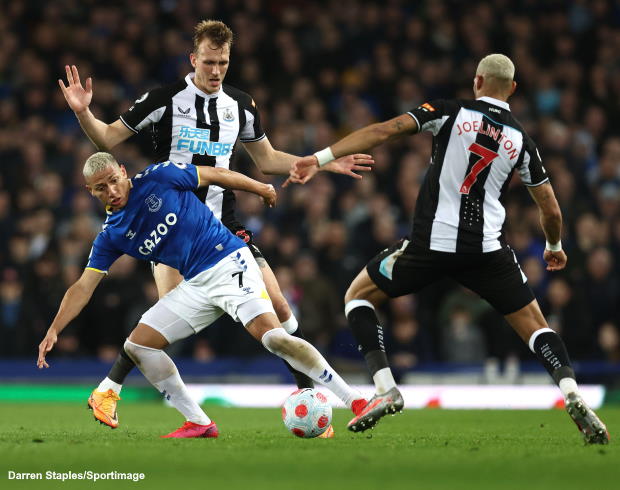 Richarlison is undergoing a medical in Brazil, but it emerged today that Chelsea failed with a late attempt to hijack the forward’s move to Tottenham.

It has been claimed that Chelsea came in with a late bid but it was a player plus cash offer to Everton.

Everton need cash from the forward’s sale and they decided to work out the deal with Tottenham.

It is unclear which player Chelsea offered to Everton but the Toffees needed money from Richarlison’s sale.

Chelsea are looking to revamp their forward line and are working on deals to sign Leeds’ Raphinha and Manchester City’s Raheem Sterling.

They also wanted Richarlison but they did not do enough to stop Tottenham from being close to getting their man.