French Ligue 1 side Lens have made an offer for Celtic linked Ryan Mmaee as they look to bring in a striker this summer.

Mmaee was on fire for Ferencvaros last season as he helped the Hungarian team lift the league title as well as their domestic cup trophy.

The striker’s figures included 17 goals and eleven assists in 37 matches and his impressive displays have seen him attract interest from Scottish champions Celtic. 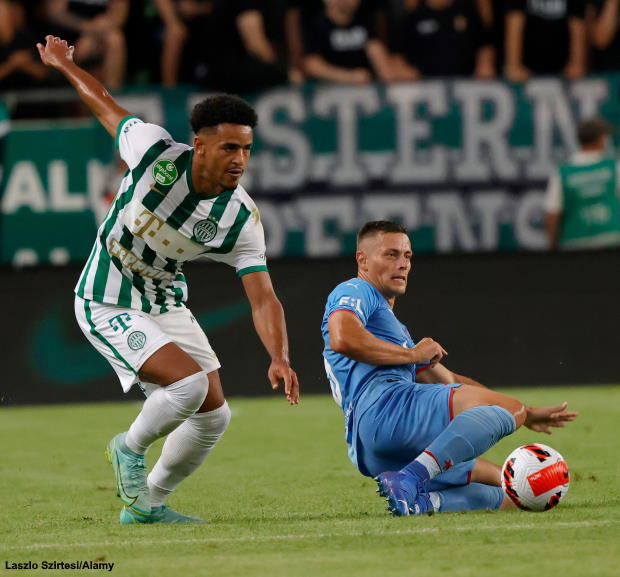 Celtic are not alone though as French side Lens are also keen on him and they have now taken a step forward in the chase.

The Ligue 1 side have made an offer for the services of the striker, according to Moroccan-focused outlet DM Sport.

Lens are attempting to replace Nottingham Forest and Leeds United-linked Arnaud Kalimuendo, who they had on loan last season, and have landed on Mmaee as a suitable option to pursue.

Belgian side Union Saint-Gilloise are also interested in the striker while it has come to light that Qatari club Al-Duhail SC are also following him.

It remains to be seen if the offer from the French club is accepted and if Celtic still have a chance of signing him this summer.