Richarlison is set to undergo his medical with Tottenham Hotspur in his homeland Brazil and not in the UK, according to the BBC.

The forward is moving to Tottenham from Everton for a sum of £50m guaranteed, with another £10m in add-ons.

The Brazil international scored eleven goals and laid on five assists in 33 appearances in all competitions for the Toffees in the 2021/22 season. 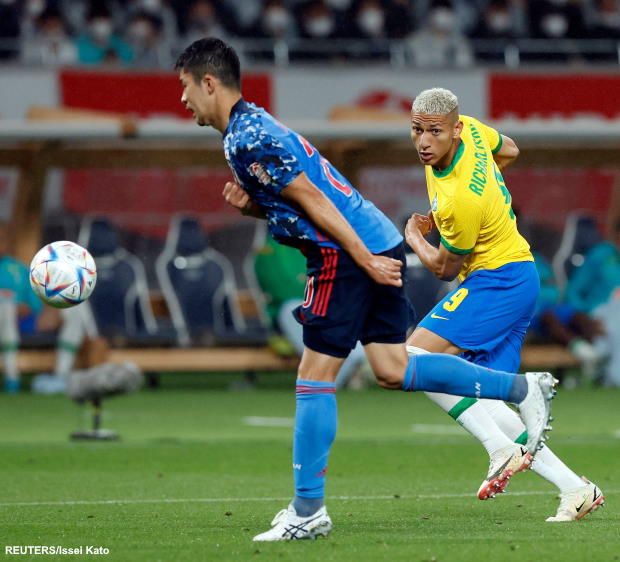 Capable of playing all across the forward line, the forward could replace Tanguy Ndombele as Spurs’ record signing if all the potential add-ons are met.

The 25-year-old has a medical scheduled in Brazil ahead of finalising the move to Spurs, with the fee and personal terms agreed.

Tottenham finished last season in fourth place in the Premier League, qualifying for the Champions League ahead of north London rivals Arsenal.

Everton, by contrast, finished the season in 16th place, four points ahead of relegated Burnley, as they secured Premier League survival under new manager Frank Lampard.

Richarlison is set to be the fifth Spurs signing this summer after Ivan Perisic, Fraser Forster, Yves Bissouma and Josh Keeley already joined them.