Liverpool midfielder James Milner is of the opinion that Reds new boy Darwin Nunez is a fantastic finisher and is confident that the player will be impactful during his stay at Anfield.

The Uruguayan strengthened Jurgen Klopp’s options up front by moving to Anfield in the ongoing transfer window for a transfer fee of £85m as Liverpool seek to compete for domestic and international honours.

Nunez has made two appearances for Liverpool in the ongoing season, scoring in both contests after coming off the bench. 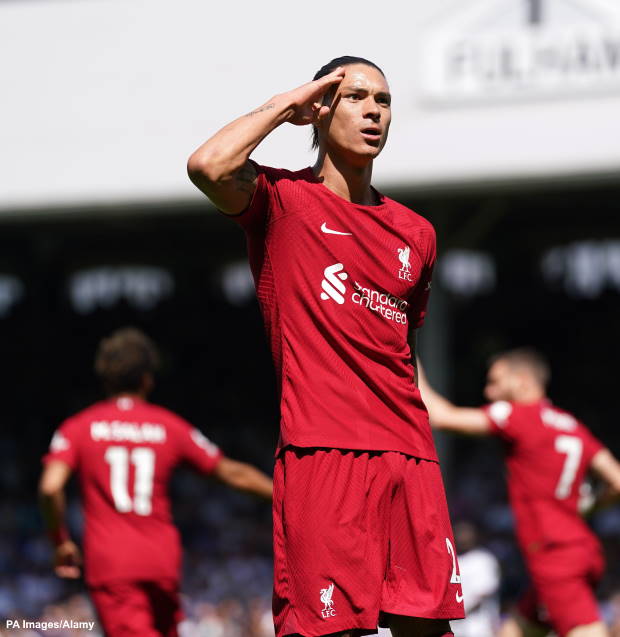 Milner has praised the 23-year-old for his hard working nature and insisted that the centre-forward is a good finisher.

The 36-year-old is of the view that Nunez is a fantastic addition to Liverpool’s attacking line-up which he considers well capable of posing difficulties for the opposition.

Milner is confident that the Uruguayan will prove to be a very impactful player for the Reds during his stay at Anfield.

“I think he’ll have an impact the whole time he’s here to be honest”, Milner told Liverpool’s official site.

“Since he’s been here, he’s [been] impressive on the field, worked hard, makes great runs [and] is desperate to put his head on the ball in the box.

“If you put a ball in there, he’ll do everything he can to get on the end of it – good finisher, both feet and he’s different to the other boys up there.

“We’ve already got some very exciting attacking players who can cause problems, so he’s a great addition.

“He’ll be fantastic for us.”

Liverpool will take on Crystal Palace on Monday in their next Premier League game and Nunez will be looking to continue his goalscoring form against Patrick Vieira’s side.