Roberto Mancini has revealed that he advised West Ham United new boy Gianluca Scamacca to persevere through the initial hard period in the Premier League, which will make him a better player.

Hammers boss David Moyes’ lengthy hunt for a new striker finally came to a conclusion earlier in the summer as they roped in highly rated hitman Scamacca from Serie A side Sassuolo.

The striker came on as a substitute for West Ham in their Premier League opening day defeat away at Manchester City and is continuing to settle into life in the English capital. 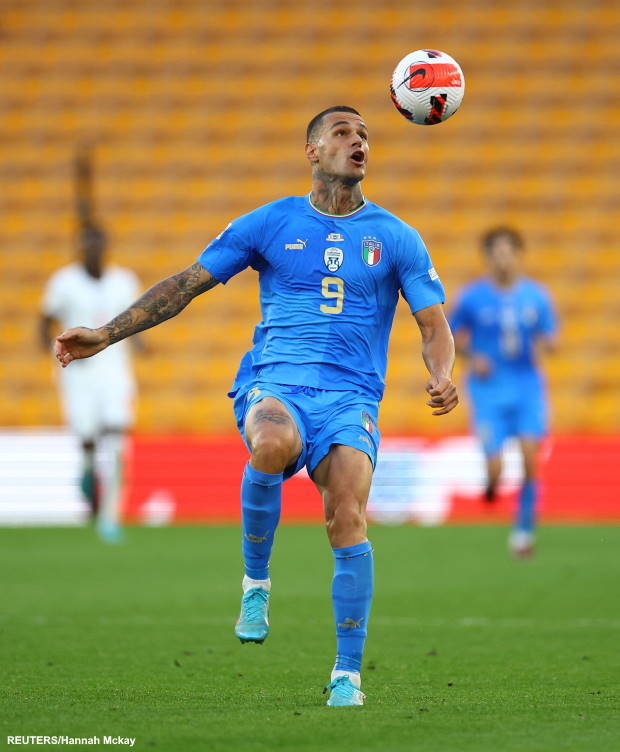 Italy national team coach Mancini revealed that he told Scamacca that the Premier League is the best competition in the world but adapting to the cut and thrust of the English top flight will not be easy.

But Mancini added that he advised Scamacca to persist through the initial difficulties in England which will help him evolve into a whole new player.

Asked what advice he gave to Scamacca, Mancini told Italian daily Gazzetta dello Sport:” [I told him] that the Premier League is the best competition and [that he needs] to be prepared to suffer because the first months will be very hard.

“Settling in will not be easy.

“But if he persists and makes it, then he will become a whole other player.”

West Ham are set to take on top flight new boys Nottingham Forest on Sunday and fans will be hoping Scamacca can open his account for his new club soon.