Ex-Club Brugge star Vital Borkelmans has insisted that the Belgians will firmly try to hold on to Hans Vanaken, but admitted that it is no surprise that he is linked with an exit as a club such as West Ham United have come for him.

The Hammers have already roped in no fewer than four new signings this summer, but boss David Moyes wants to add an attacking midfielder to his ranks and has zeroed in on Club Brugge man Vanaken, a player he has tried to snap up in past windows.

West Ham saw the Belgians knocked back their initial bid of €10m for the midfielder but they are tipped to return to the table with an improved offer while it has been claimed that the player is open to the switch. 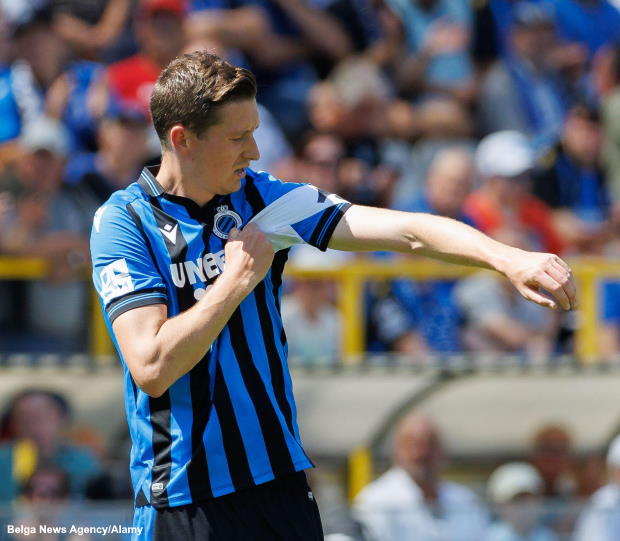 Former Club Brugge star Borkelmans stressed that allowing Vanaken to leave would not be a good move for the Jupiler Pro League side especially as they are set to play in the Champions League this season and he is an integral part of their squad.

“If Hans leaves, you would have to actually start playing in a different system.

“But that doesn’t seem appropriate to me, certainly not a few weeks before their first match in the Champions League, in which Club Brugge really want to score.”

Borkelmans insists that Club Brugge will make a strong effort to keep Vanaken in their ranks but admitted that talks of an exit is logical when a club of West Ham’s stature are keen on him, even though he signed a new deal not so long ago.

“Be sure that the club will make a firm effort [to keep him].

“Hans extended his contract not so long ago and he will also have received a pay increase.

“But when a team like West Ham come knocking [on the door], it is not illogical that there is talk again [of him potential leaving].”

It remains to be seen whether the Irons will indeed go back in with a new offer for Vanaken, who sees a potential move to the London Stadium as his last opportunity to represent a big foreign club.