Leeds United Under-21s manager Michael Skubala is of the view that Jack Jenkins’ season-long loan move to Salford City this summer will provide the player with an opportunity to gather first-team experience.

The 20-year-old defensive midfielder came through the ranks of the Leeds academy and made his senior debut for the Whites in a 3–0 FA Cup third round defeat against Crawley Town in the 2020/21 season.

Last season, Jenkins racked up 21 appearances for the Leeds Under-21s side in Premier League 2 Division One and this season he made two outings for Skubala’s side before signing a season-long loan deal with Salford. 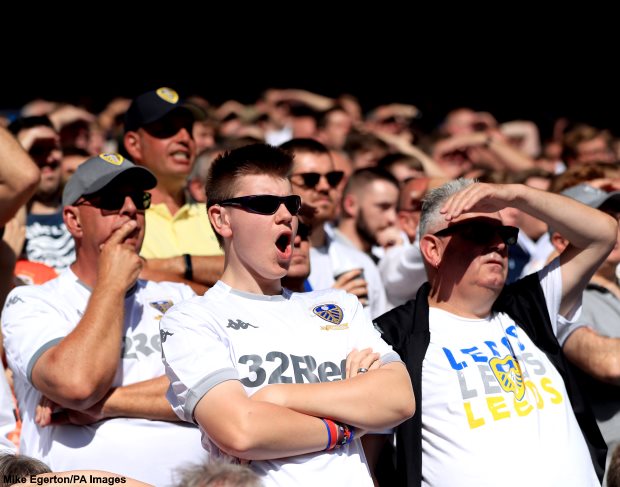 The Leeds Under-21s manager is of the opinion that Jenkins’ move to Salford will help him grow as a player and is confident that the defensive midfielder will return to Elland Road next season as a better player.

Skubala further added that the 20-year-old was doing great for his side and believes that the opportunity of first-team football with Salford will add to his experience.

“I think it’s a great time and a great offer for Jack to go out on loan and get some league football experience”, Skubala was quoted saying by Leeds Live.

“It can only add to his toolbox and his experiences.

“He was doing well for us at the time but at the same point if you can go out and get some experience playing league football, he’s going to come back, I think, as a better player.

Jenkins scored on his debut for Salford on 30th August in a 2-1 victory over Liverpool Under-21s in an EFL Trophy match.