Newcastle United target Youri Tielemans has insisted that for him to move away from Leicester City, the project of the new club must be right, which was not the case in the summer.

Tielemans was linked with Newcastle in the summer, in addition to Arsenal and Manchester United, and the Magpies retain their interest even after the window has ended.

Newcastle are reportedly thinking of making a bid in January for the Belgian star, whose contract with Leicester ends next summer. 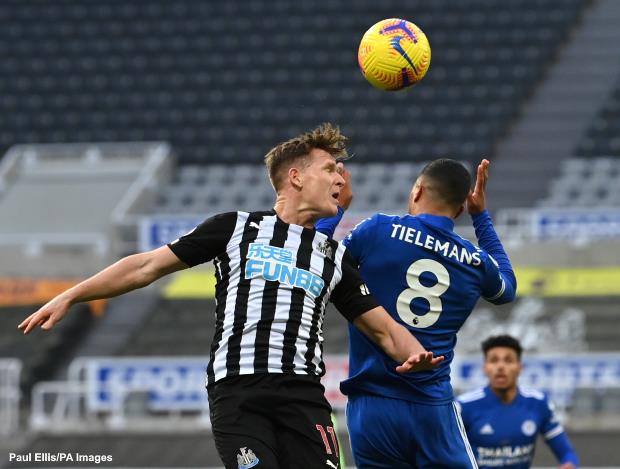 Tielemans does not want to open up about his contract situation with Leicester, but has stressed that he always thinks a good project is a must if he has to go to a new club.

Leicester are currently bottom of the Premier League with a solitary point, but the midfielder has no regrets staying on with the Foxes this summer.

“I’m not going to speak too much about my contract situation at the moment”, Tielemans was quoted as saying by Sky Sports News.

“I didn’t leave Leicester in the summer as I always said the project had to be the right one.

“Just because things are getting worse now at Leicester doesn’t mean I should regret [staying].”

While Leicester have slumped to the bottom of the table, Tielemans has still played all of their matches and has both a goal and an assist to his name so far.

It remains to be seen if he swaps clubs in the January window.