Southampton manager Ralph Hasenhuttl has dismissed any suggestions that he is feeling the pressure at St. Mary’s due to his team’s form.

Southampton have seven points from the same number of games, but they have lost three of their last four matches.

Voices have been raised questioning Hasenhuttl on the form of his team and it has been speculated that he could be feeling the heat in his job. 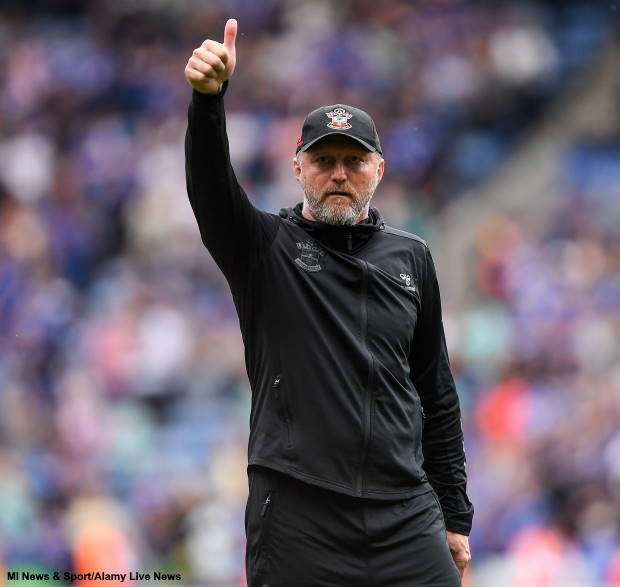 Hasenhuttl though has clarified that he is under no pressure in regards to his job safety and he does not want to create any odds for betting companies.

The Saints manager further explained that the most pressure he feels is that he puts on himself, constantly striving to make his team better.

“Despite [not wanting] to create any odds for betting companies, I say no, I am not under pressure”, Hasenhuttl said in a press conference when asked if he is feeling any pressure.

“Not more than every other day when I work with my team, last week, I explained it in the way that the biggest pressure I feel on me is the pressure I put on myself to do a good job here every day, to deliver the players the best possible work.

“This is the pressure that I feel and I put on myself and it’s enough.

“If you want to do a good job, I think the most pressure is always coming from yourself.”

Southampton next take on Everton this weekend and Hasenhuttl will be hoping that his team get the victory to end any talk of him being under pressure.