Robin Koch has admitted that he is feeling fitter than ever this season and is happy to hear words of praise from Leeds United manager Jesse Marsch.

Koch started the first six league games for Leeds and even captained the side when they last played in the Premier League against Brentford almost a month ago.

The defender has firmly established himself in the team as a first-choice centre-back and has been one of their top performers this season. 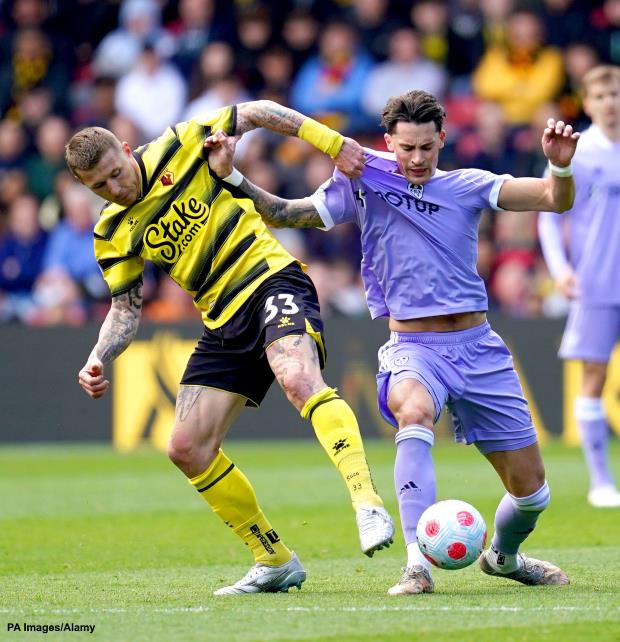 The German admitted that he is feeling good after all his injury problems in the last two years and is feeling fitter and more determined to do well for Leeds.

Koch also stressed that Leeds have looked good at the start of the season and will be looking to pick up the pieces when they host Aston Villa on Sunday.

The Leeds defender said on LUTV: “I feel good.

“With all my injuries in the last two years, I feel good and fit and I am happy to be playing.

“I feel we made a good start as a team and looked good in most of the games and now it is on us to go again and get into our form like the start of the season.”

Jesse Marsch has been open with his praise for Koch and his importance to the team and the defender admitted that if feels good that the manager has taken note of his performances.

“Obviously, it is nice to hear as a player if you go out and give your best.

“You feel good and the coach sees the same way.”

Koch will be looking to help Leeds clock up a win on Sunday against Aston Villa.