Manchester City have officially named their starting eleven and substitutes to play host to Erik ten Hag’s Manchester United side in the Manchester derby this afternoon.

Pep Guardiola’s side have started the new campaign strongly, powered by new boy Erling Haaland, and are unbeaten in the Premier League so far. 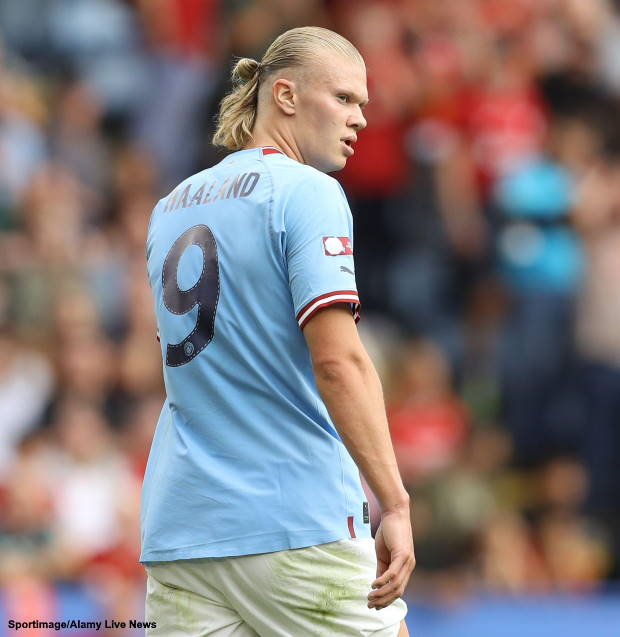 Victory in the derby today would move Manchester City to within just a point of league leaders Arsenal.

Guardiola must do without centre-back John Stones, who picked up a hamstring problem while on international duty with England.

Ederson slots in between the sticks for Manchester City this afternoon, while in defence Guardiola picks Kyle Walker, Manuel Akanji, Nathan Ake and Joao Cancelo as a four.

If Guardiola wants to make changes then he has options on the bench, including Riyad Mahrez and Aymeric Laporte.