Former Scottish Premiership midfielder Marvin Bartley has insisted that Celtic striker Daizen Maeda has to play in Japan’s next World Cup game because any team would be lucky to have a player who works as hard as he does.

Maeda started Japan’s win against Germany this week in the World Cup, but he was taken off in the 57th minute when his team were still trailing 1-0.

In fact, the player he was substituted for, Takuma Asano, was the one who scored the winning goal and it has raised doubts about Maeda’s participation in the next game against Costa Rica. 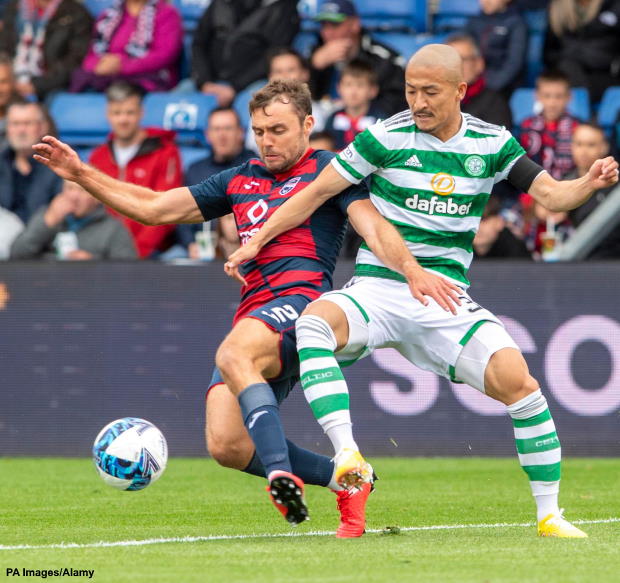 Bartley thinks though that, with the work-rate displayed by Maeda, the Celtic star has to get another chance in the next game.

The ex-Scottish Premiership star admits that Maeda is not coming off the back of scoring many goals, but insists the hard work the Celtic centre-forward puts in on the pitch would make him an asset to any side.

Speaking on Clyde 1 Superscoreboard, Bartley said: “I think with the work-rate of Maeda, you have to play him.

“Maeda’s not come off the back of scoring goals.

“But I think other teams see his work-rate on the world stage because any team wants a centre-forward that can work as hard as he does.”

Maeda has scored four goals and provided the same number of assists for Celtic in 22 games this season and he will be hoping to play his part in a win against Costa Rica to smooth Japan’s passage to the knockout stages of the World Cup.