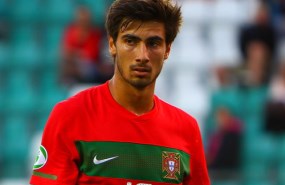 The history of youth football in Portugal is a mixture of successes and failures. Despite the immense individual quality of Portuguese footballers over the past few decades, one has to go back to 1989 and 1991 to find a team that managed to win a FIFA World Youth Championship. It was by the hand of former Manchester United assistant manager Carlos Queiroz that Portugal won their first title in Riyadh, Saudi Arabia, and two years later the second, playing in front of their own supporters in Lisbon. Those teams gathered what was probably the finest crop of Portuguese footballers ever, including names such as Manuel Rui Costa, Luis Figo and Joao Pinto.

Despite the lack of recent titles, Portugal keeps on producing great footballers that, although they have immense quality, often tend to be forgotten, as happened to some of the players that were part of the glorious teams of 1989 and 1991.

Fast forwarding to 2014, one can surely say that Portugal has plenty of young and talented footballers, most of whom are by-products of the youth academies of the greatest Portuguese clubs. Inside Futbol run the rule over the top five most promising and talented Portuguese footballers.

The Angolan-born Portuguese is a high quality defensive midfielder. Being just 21 years old, William was created by Sporting’s academy and this season he finally got his chance in the team’s main squad. After spending two seasons on loan at Belgian side Cercle Brugge, William returned to Sporting by the hand of the team’s new head coach Leonardo Jardim, and he is already creating an impact in the team. His recent quality performances granted him a place in the Portugal team and he even got the chance to play in the 2014 World Cup playoffs against Sweden. He has his share of suitors, with Arsenal and Manchester United regularly sending scouts to Lisbon for a peek.

Andre Gomes is another Portuguese youngster with an immense talent. The Benfica centre midfielder started his career as a footballer in the north of country, playing for FC Porto and Boavista, but in 2011 he travelled south to join the Lisbon giants. The Portuguese youth international started to play for Benfica’s B team, however his quality performances caught the attention of senior side boss Jorge Jesus, who decided to give the young midfielder a chance. Gomes is a very versatile midfielder and he can assume several roles in the centre of the field, being quite competent at all of them. It will not surely to too long before he wins his first senior Portugal cap.

Rafael Silva, better known as simply Rafa, was one of the most wanted Portuguese midfielders during the last summer transfer window in Portugal. After being linked with Sporting Lisbon, the former CD Feirense player ended up joining Braga for an undisclosed fee. Rafa is enjoying a good spell at the northern team in his first year in the Portuguese top flight. Braga’s former head coach, the experienced Jesualdo Ferreira, helped him a great deal and gave him enough freedom to develop as a player. Rafa is an attacking midfielder who can also assume the role of a wide midfielder, and he is best known for his technical skills and acceleration.

Ricardo Esgaio is yet another product of Sporting Lisbon’s academy. The young talented midfielder arrived at Sporting at the age of 11 and he has been developing at the club ever since. After several spells with the club’s senior team, Esgaio spent most of last season’s campaign with the B team, who play in the Portuguese second tier. With 13 goals already, he is surely one of the most impressive players in the league. Esgaio usually plays as a right-sided midfielder, but he is also very competent playing as a right-back or as a right winger. The 20-year-old is a regular presence in the Portuguese national youth teams and rated as one of brightest talents in the country.

Vitoria have one of the most interesting academies in Portuguese football and over the years they have produced some superb talents. Ricardo Horta is one of the latest. The 19-year-old started his career at Benfica, but at the age of 16 changed venues to Setubal to play for Vitoria, where he has been maturing rapidly. This season the versatile attacker, who can also play as winger, managed to impose himself in Vitoria’s first team, after having spent most of last season playing for the Under-19 squad. Horta is also a Portuguese youth international and has been one of the top flight’s revelations so far. It remains to be seen for how much longer Vitoria will be able to keep hold of Horta.