Belgium coach Marc Wilmots has revealed that Tottenham Hotspur defender Toby Alderweireld is one of the first names on his team-sheet at present.

Tottenham had to fight hard with Southampton to secure the signature of the Belgium central defender from Atletico Madrid in the summer and he has made an instant impact in Mauricio Pochettino’s team.


His performances at the heart of the Tottenham defence have proved why Southampton were so desperate to keep the player at St. Mary’s, after his loan deal expired at the end of last season.

The 26-year-old has established a solid defensive partnership with Jan Vertonghen for Spurs and has played a key role behind Tottenham’s impressive start to their Premier League campaign. 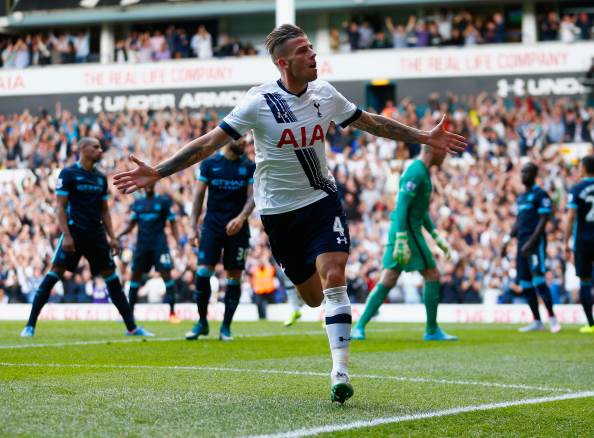 Belgium boss Wilmots has also been impressed with the consistent performances of his compatriot and believes that his versatility is also one of his greatest assets.

When asked who the first name on his team-sheet is, Wilmots was quoted as saying by RTBF: “For now, it is Toby Alderweireld.

“He has improved a lot, is versatile, and has become one of the more consistent performers.”

Alderweireld has played a key role in Belgium’s rise to the top of FIFA rankings and has earned 48 international caps.