Dutch coach Foppe de Haan feels Louis van Gaal will get Manchester United up and running, but admits he is not sure how much time he has at Old Trafford.

Following their Champions League exit on Tuesday night, the Dutchman is under pressure to prove his credentials at Old Trafford and the spotlight is firmly on the work he has done at Old Trafford in the last 18 months.


Van Gaal remains confident that he is taking Manchester United forward, but the jury is out on his team and he needs to make sure that the Red Devils remain near the top of the league table for the rest of the season to prove some of his doubters wrong.

De Haan, who is currently serving as Heerenveen’s interim coach, believes Manchester United are suffering from a severe lack of creativity and their struggles can be simply correlated with their goalscoring woes. 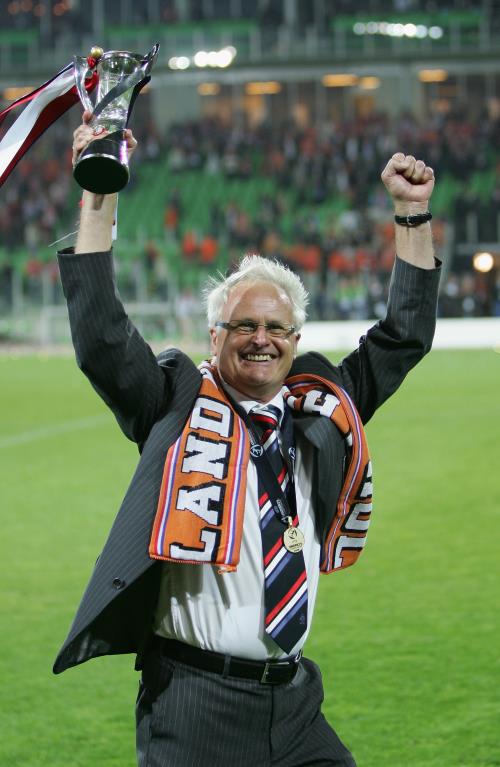 The 72-year-old told Dutch outlet NRC.Next: “Manchester United are lacking in goalscoring ability as they are creating very few goals.

“It is just not about the strikers as they lack creativity and are simply creating too few opportunities.”

De Haan feels Van Gaal will eventually get things going at Old Trafford, but is not sure how much time the former Ajax boss has to turn things around at Manchester United.

“In the end Van Gaal will get it going, but the question is how much time he will get.”

Manchester United are reportedly ready to back Van Gaal in the January transfer window with funds to improve the squad and are not expecting a managerial change until the Dutchman’s contract expires in 2017.