At Manchester United The Pressure Is Simply Incredible – Shinji Kagawa


Shinji Kagawa admits that he encountered "incredible pressure" when he turned out for Manchester United, with the Red Devils demanding success.

The Japan international was plucked from Borussia Dortmund by legendary Manchester United boss Sir Alex Ferguson in the summer of 2012.


However, despite much being expected of the attacking midfielder at Old Trafford, he struggled to live up to the hype and found himself restricted in terms of appearances.

Eventually he was shipped out by Louis van Gaal, who sold him to former club Dortmund in 2014, allowing Kagawa to head back to Germany in an effort to relaunch his career. 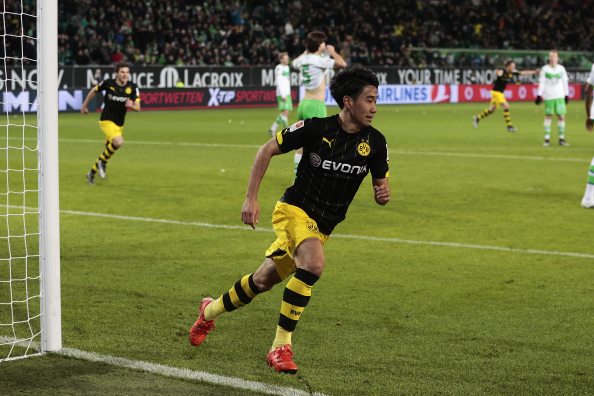 The midfielder believes that the pressure at Old Trafford is extreme and was quoted as saying by beIN Sports: "There is incredible pressure.

"As you play under that incredible pressure, it's important how much you believe in yourself and your own talent when you play. And you have to show it on the pitch", he continued.

"Those who can keep achieving results are the big players at the big clubs.

"If you cannot get the results, you just can't play and move away. I think there are just two ways to go. It's very severe, but it's very clear.

"There were a lot of things that you cannot experience in other places. I felt that Manchester United are a big club with fans and attention all over the world", Kagawa explained.

"If you show a good performance there, you'll get praised by the fans and get attention around the world. It was a very good experience to play in that kind of place."

This term Kagawa has clocked up 24 appearances in all competitions for Dortmund, scoring eight goals and registering nine assists to help the Ruhr giants fly high in second spot in the Bundesliga.