Former Tottenham Hotspur and England midfielder Chris Waddle believes Manchester United lack a player of the ilk of Chelsea’s Eden Hazard, someone who can run with the ball and beat players.

The Red Devils and the Blues labored to a drab 0-0 draw at Old Trafford last night, with the point helping Chelsea move three points clear of the relegation zone.


The Old Trafford outfit hit the woodwork twice through Juan Mata and Anthony Martial, while Thibaut Courtois produced a brilliant save to deny Ander Herrera from six yards out.

Louis van Gaal’s side have failed to win any of their last eight fixtures in all competitions, but the draw against Chelsea helped them end a run of four successive defeats. 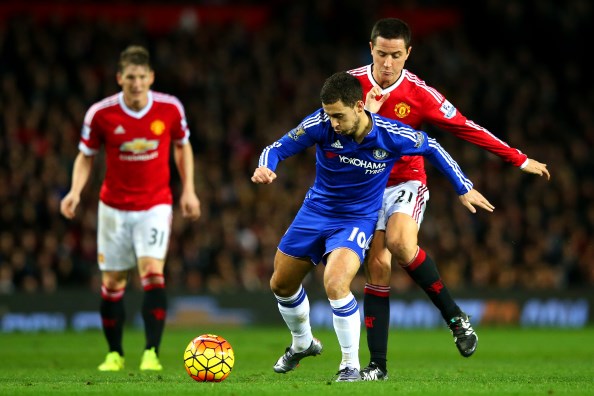 The Red Devils have spent close to £250m since Van Gaal took over the reins of the Old Trafford outfit 18 months ago, but have failed to see their astronomical spending matched in their on field performances, as many of the recruits have struggled to live up to their price tags.

Waddle, who watched the Red Devils take on Chelsea, believes that Manchester United created chances last night, but lack a player who offers them something different.

Summing up the game on BBC Radio 5 live, Waddle said: “The thing they [Manchester United] lack for me is a player who picks the ball up and goes past players, like Hazard.

“They still created chances, but they are still lacking that player who offers something they haven’t got.”

Manchester United host Swansea City next on Saturday and will be looking to bring to an end their woeful recent form.