Getafe forward Stefan Scepovic, who is on loan from Celtic, thinks Barcelona have the best strikers in the world, ahead of his side’s La Liga meeting with the Catalan giants on Saturday.

The front three of Barcelona, namely, Neymar, Luis Suarez and Lionel Messi, have been wreaking havoc in opposing defences this season, with the trio scoring an incredible 100 goals amongst themselves.


Luis Enrique’s team, who won the treble of La Liga, the Copa del Rey and the Champions League this season, are on course to repeat the feat this season too; Barcelona have also won the UEFA Super Cup and the FIFA Club World Cup in the present campaign.

However, Scepovic still insisted that his side will be aiming to come out from the Camp Nou with a positive result at the weekend. 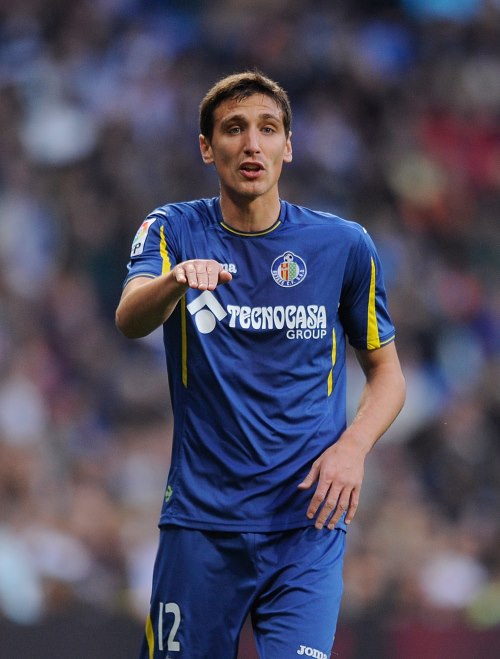 “The strikers of Barcelona are the best in the world, they are scoring an incredible number of goals”, he was quoted as saying by Spanish outlet Sport.

“They are playing very well in all competitions. It will be a difficult match, we’ll try to do our best and surprise Barca.

Scepovic, whose present contract with Celtic runs until 2018, has thus far made 28 appearances in all competitions for Getafe, scoring four times and providing an assist.