Rangers legend Peter Lovenkrands has revealed when he was at Newcastle United, team-mate Nile Ranger thought he was Scottish and only discovered that was not the case when he was speaking Danish to countryman Nicklas Bendtner.

Lovenkrands was snapped up by Rangers from Danish side AB in 2000 and remained at Ibrox for six years, establishing himself as a legend at the club and collecting two Scottish league titles, one Scottish Cup and three Scottish League Cups.


He linked up with Newcastle in 2009, after completing a spell in Germany with Schalke. Lovenkrands remained with the Magpies following their relegation from the Premier League and helped the club bounce back to the top flight.

During his time at Newcastle he played with striker Ranger. And with Lovenkrands having picked up a Scottish edge to his voice through his time at Rangers, Ranger was under the impression he was Scottish. 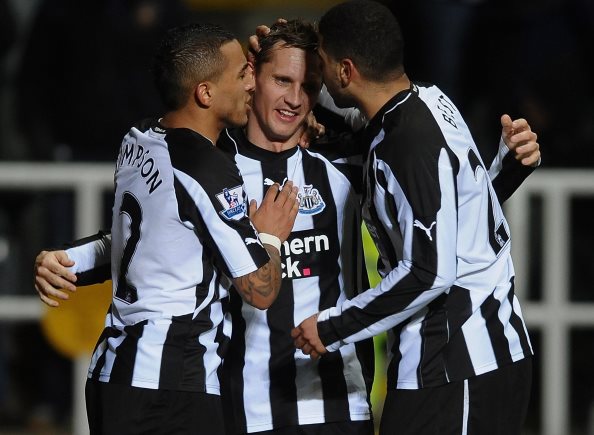 Indeed, it was only through overhearing a conversation in Danish between Lovenkrands and Bendtner that Ranger thought all may not be what it seemed to him.

"I love Scotland and I know I get a bit of stick because of my Danish/Scottish accent which I seem to be stuck with now", he told Rangers' official site.

"I remember one occasion when I was with Newcastle and we were playing Arsenal away. We were warming up and Nicklas Bendtner came running down and we started talking to each other in Danish.

"When he ran away again, Nile Ranger, the Newcastle striker, turned to me and said 'Do you talk Danish?' and I said 'what? What are you talking about?'

"All the time I had been in England he had just presumed that I was Scottish and never realised I was from Denmark!" Lovenkrands added.

Lovenkrands continues to be involved with Rangers, working as a pundit on Rangers TV.