Olivier Giroud says he is not worried about his future at Arsenal, despite the fact he has been relegated to the bench of late, as Arsene Wenger prefers Alexis Sanchez to lead the line.

The France international has not yet been handed a single start in the Premier League for Arsenal this season, although he did miss several matches due to a toe injury.


Sanchez has proven to be effective up front and Giroud is biding his time, waiting for a chance to try to win back his spot in the team.

The 30-year-old, who has seen Arsenal perform well with Sanchez up front and currently sit just two points off league leaders Liverpool, is not concerned yet and believes there is always competition for places at a club the size of the Gunners. 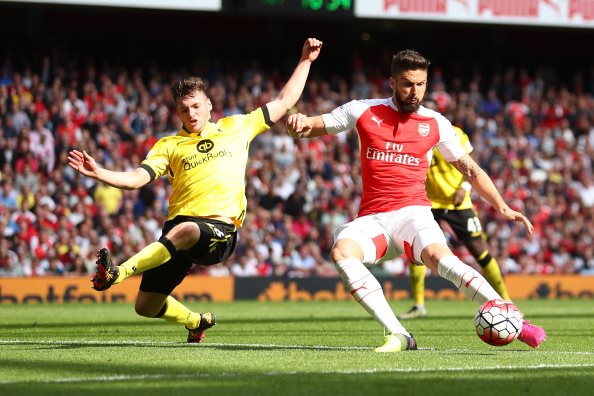 He said on French TV programme Telefoot: "I do not have any doubts about my future at Arsenal.

"There is always competition for places. There are a lot of attackers at every big club", Giroud continued.

"At the moment, the coach prefers Sanchez up front, also because I have been injured.

"I just hope to get playing time again now.

"Alexis and I are different types of attackers and the coach has to make a decision.

"But I intend to come back even stronger."

Giroud may have a chance to impress from the start in a Premier League game soon as Sanchez has picked up an injury on international duty with Chile.

It is unclear how serious Sanchez's niggle is however, though Arsenal will be sweating on his return from South America.