Rangers midfielder Jon Toral admits it has been painful to watch the Gers rack up successive defeats against rivals Celtic.

Pedro Caixinha's side were hoping to end Celtic's treble dreams in the semi-final of the Scottish Cup, but the Bhoys had too much in the locker and eased to a comfortable 2-0 victory.


Rangers then set their sights on ending Celtic's unbeaten domestic season when the Bhoys travelled to Ibrox, but again they came up short as the visitors dished out a 5-1 thrashing which left Gers fans fuming.

Midfielder Toral, who is on loan from Arsenal, missed both matches through injury and the Spaniard admits not being able to influence the outcome of the derby games was painful. 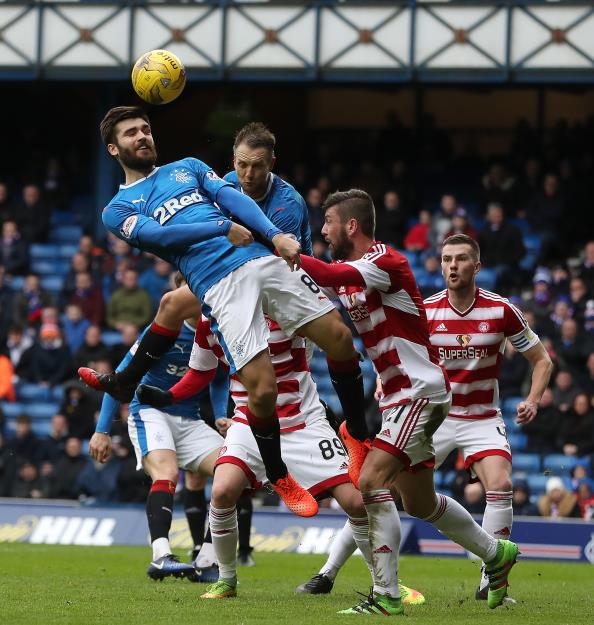 "These are the big games that every player wants to be involved in", Toral told Rangers TV.

"The atmosphere in both of the games was amazing and to not be able to take part has just been really frustrating.

"I need to take that on the chin though and just keep working and I hope other big game come along in my career.

"I arguably feel even worse not playing because I am not able to help them on the pitch when the results aren’t going our way.

"Not being able to help them on the field has been painful", the Arsenal star added.

Toral is currently out of action with a rib injury and is due to head back to the Emirates Stadium when his loan spell runs out.

But rather than having played his last game for the Gers, Toral is aiming to make sure he is back before the end of the season.

Rangers have four games remaining before they sign off on their campaign.