Tottenham Hotspur target Isco has assured the Real Madrid fans that he will stay on with the Spanish champions beyond the summer.


And though Isco's team-mates have been vocal about their desire to see him in Spain beyond the summer, coach Zinedine Zidane has refused to comment on whether a new deal will be offered to the attacking midfielder.

However, now that the player concerned has himself come out to stress his desire to stay put at the club and with his present contract running June 2018, the rumours linking him with leaving will be put to rest for the time being. 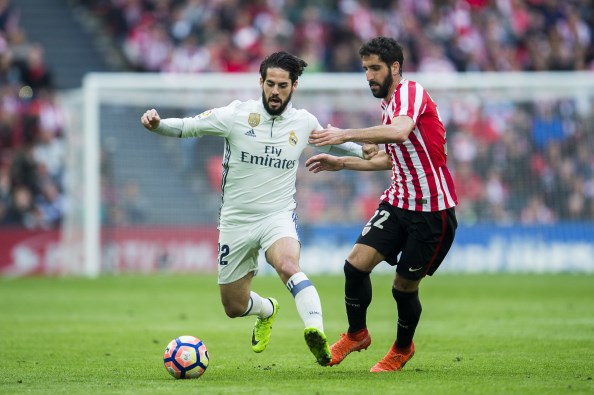 "Do not worry the fans of Real Madrid. I will stay", Isco was quoted as saying by Spanish daily AS.

Isco had initially struggled to secure regular playing time under Zidane this term, being an unused substitute in four of Real Madrid's six Champions League group games. He though insists that the situation has changed and he thanked the club for the support they have shown him.

"Yes it was complicated at first, but I have remained strong psychologically and I have received the support of all."

Isco also delighted at Real Madrid winning La Liga and added: "It's been some time coming, but it's a dream come true to have won the title here, with my family and friends in my city."