Brilliant, His Runs, Keep It Up – Former Manchester United Star Impressed With Youngster


Former Manchester United defender Lee Martin has been left impressed by the performances put in by Scott McTominay and Axel Tuanzebe against Swansea City, as the Red Devils won 2-0 on Tuesday night.

Jose Mourinho made a number of changes to his starting eleven and the young duo of Tuanzebe and McTominay were handed their first starts of the season in the EFL Cup fourth round game.


A brace for Jesse Lingard was good enough to earn Manchester United a place in the quarter-finals of the competition, but Mourinho reserved praise for the youngsters after the game.

And even Martin was left impressed by the duo, especially McTominay, and feels the pressure is now on the Manchester United midfielder to maintain this standards. 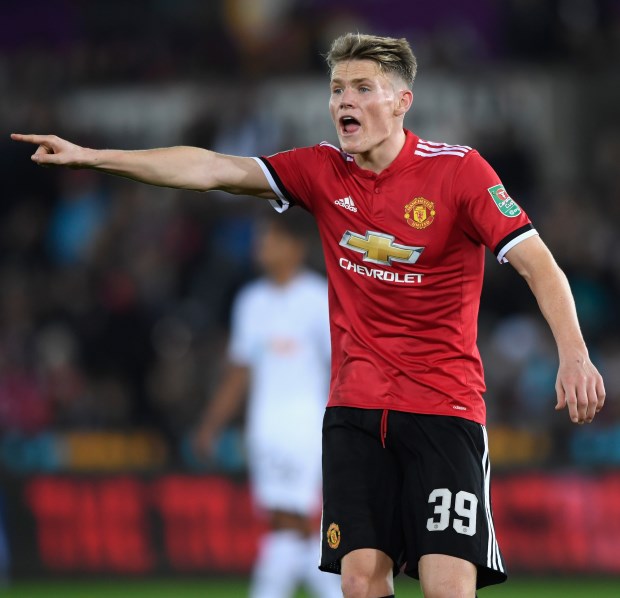 The former Red Devil believes McTominay and Tuanzebe have done well to keep themselves in Mourinho's thoughts for the upcoming games as Manchester United face a tough fixture schedule.

“He has set the standard for himself and now he is to keep up that standard.

"He was brilliant tonight – making runs forward and carrying the ball.

“He’ll be buzzing after that and Tuanzebe as well.

“Both of them played well and both will be looking to play again at some stage, whether than will be on Saturday or the next round.”

Both players made their debuts last season and have been regular members of the senior squad this term.