Legendary German coach and former Switzerland boss Ottmar Hitzfeld has insisted that Arsenal midfielder Granit Xhaka has the ability to excel at clubs such as Barcelona or Real Madrid.

Arsenal paid big money to sign the midfielder from Borussia Monchengladbach, but the Swiss has struggled to convince many with his inconsistent performances over the last two seasons.


His penchant for rash tackles and his general lack of discipline in the defensive midfield role have earned many brickbats for Xhaka during his time at the Emirates Stadium.

However, his former Switzerland coach Hitzfeld has immense faith in the midfielder’s talent and believes the Swiss has the skill and ability to perform for club such as Barcelona or Real Madrid. 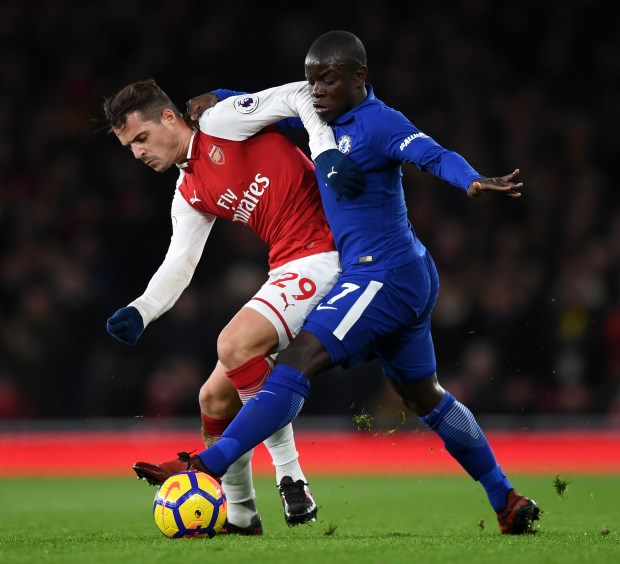 The former Bayern Munich manager feels Xhaka has the ability to truly emerge as a dominant midfield general in the near future.

“But if Granit gets an offer, I would trust him to play at Real Madrid or Barcelona as well.

“He has it in him to perform there.

“Granit is a dominant player, one who controls the game and has no inhibitions.”

The 25-year-old midfielder will be looking to turn a fresh page in his Arsenal career under new manager Unai Emery from next season and look to live up to Hitzfeld’s praise.