The agent of Sporting Lisbon midfielder William Carvalho has been in touch with Everton director of football Marcel Brands with regards to a move to Goodison Park for the Portuguese.

Everton manager Marco Silva has remained coy on his interest in the Sporting Lisbon midfielder, but it has been claimed that he has endorsed his name to the club’s recruitment team.


Brands, who became Everton’s director of football earlier this month, is leading the club’s recruitment this summer and it seems he is interested in taking William to the club.

And according to Portuguese daily A Bola, the player’s agent has been in talks with Brands about a proposed move for the Sporting Lisbon midfielder in the ongoing window. 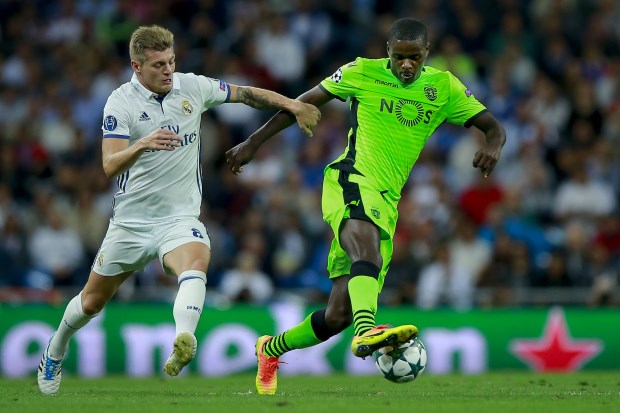 Initial talks have already taken place and Everton are interested in signing William according to their new manager’s wishes this summer.

The Merseyside club are expected to accelerate the negotiations in the next few days and approach the Portuguese giants about the possibility of taking the midfielder to England.

Leonardo Jardim has also shown an interest in taking him to Monaco, but for the moment Everton are putting in all the hard work for the midfielder.

William's current deal with Sporting Lisbon runs out at the end of next season.