PSV Eindhoven are eyeing a double deal to sign Marco van Ginkel and Mason Mount from Chelsea in the ongoing window.

The Dutch champions have appointed their former midfielder Mark van Bommel as their new coach after Phillip Cocu decided to leave the club in search of a new adventure at Fenerbahce.


He, alongside new technical director John de Jong, are assessing their options for the summer and according Dutch daily De Telegraaf, they are keen to bring Van Ginkel back the club next season.

The Dutchman led the PSV side to the league title win last term, but has returned to Chelsea at the end of his loan spell, where he has a year left on his current contract. 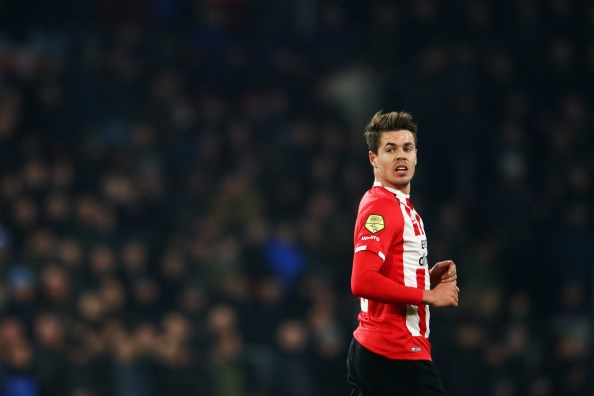 Chelsea are prepared to sell the player, but there were suggestions that PSV could be priced out of a move for Van Ginkel. However, the club remain keen to sign him on a permanent deal.

PSV are also claimed to be interested in signing young attacking midfielder Mount on loan after his spell at Vitesse last season, where he majorly impressed many observers.


Former Chelsea sporting director Frank Arnesen has joined the new PSV technical team and the club are hoping to utilise his close relationship with the Blues to get the two players.

Van Ginkel is expected to leave, but Chelsea are yet to take any decision on whether to loan out Mount again this summer.