Chelsea defender Marcos Alonso has admitted that he is happy at Stamford Bridge and revealed that he is close to agreeing a new deal with the London giants.

Alonso, who has established himself as an integral member of the Chelsea squad since joining the club in 2016, is contracted to the club until 2021.


The Spaniard earned his first cap for Spain during the international break last month and has retained his place in Luis Enrique’s squad ahead of their games against Wales and England in the coming week.

The 27-year-old has played every single minute of Chelsea’s Premier League campaign under Maurizio Sarri this season and admitted that he feels happy and relaxed at Stamford Bridge. 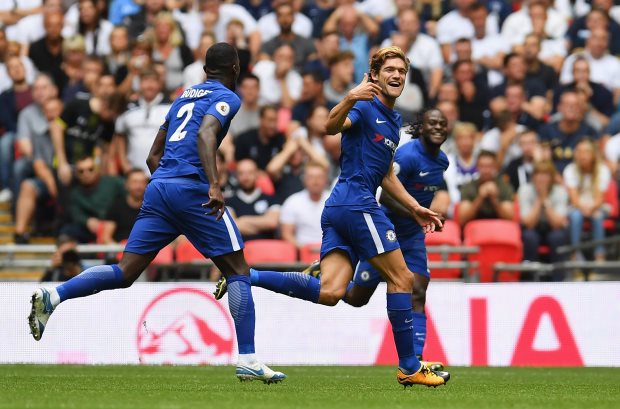 Alonso also revealed that he is set to continue in talks with the club over a new deal and admitted that he hopes to reach an agreement by the end of this month.

“What I can say is that I am very relaxed and happy at Chelsea, and that the club must also be pleased with me because I still have two years left on the contract and they have offered me an extension”, Alonso told Spanish daily Marca.


“We are already in advanced talks about a renewal.

"If everything goes well, I think I will renew before the end of this month. In the coming days."

Alonso was snapped up by Chelsea in 2016 from Fiorentina.