Eyebrows were raised when Chelsea signed Baba Rahman form Augsburg for an initial fee of £14m in 2014 as a supposed replacement for Filipe Luis, a more renowned player who had won the Spanish title with Atletico Madrid the season before. Who was the scrawny left-back from the Bundesliga and what made him so special? Why were Chelsea getting rid of a proven full-back and a full Brazil international for a relatively unknown Ghanaian?

Rahman’s rise in the Bundesliga was rapid; after signing for Augsburg in the summer of 2014 for a paltry fee of £2.25m, he left the Bavarians for a record fee just a year later.

But, after moving to Chelsea, Rahman’s career has seen a downward spiral. Loan spells, a long-term injury, and a poor run of form; Rahman has experienced everything that modern-day footballers dread.

The Bundesliga might have become predictable in terms of the title race, but the league is still exciting when it comes to the European places and mid-table. The financial gap between the clubs vying for the European places and the clubs around mid-table is not much because of the ‘50+1’ rule and that allows mid-table teams with minimal resources, such as Mainz and Augsburg, to challenge the likes of Schalke and Borussia Dortmund on a more even keel.

Rahman first tasted Bundesliga action with Greuther Furth, who made it to the top flight in 2012. The full-back had a lucky break as the club’s regular left-back, Heinrich Schmidtgal, was suspended for Furth’s game against Freiburg. Rahman was given his first start against Freiburg and did well to displace Schmidtgal from the first team as the Ghanaian played in all but one Bundesliga game for the newly-promoted side after that.

Rahman was 18 at the time and considering Furth’s lack of resources and the leaky defence, the Ghanaian was asked to play within himself and adopt a cautious approach.

After relegation to the second division, Rahman stuck around but could not help the club back into the top flight. The story for him was about to change as Augsburg came calling and Rahman made the switch.

Augsburg gave Rahman the chance to show what kind of full-back he was. Though Markus Weinzierl, the then Augsburg coach, did not have big money to spend, the German had built a well-oiled system that worked on stifling teams and hitting them on the break.

Rahman was a critical part of the system, as was Paul Verhaegh, the right-back. The system saw the full-backs act as the chief creators as the wingers often cut inside or into the half spaces; Verhaegh finished the season behind Raul Bobadilla and Tobias Werner as the club’s third highest goal-getter, while Rahman was only behind attacking midfielder Halil Altintop in the assists chart.

The club’s good run of form saw them finish the 2014/15 Bundesliga season in fifth place as Weinzierl and his players surprised fans and pundits alike with their feats on paper-thin resources. Rahman’s impressive debut season with the club was enough for Chelsea to take a gamble and after just one season with Augsburg, he made an unthinkable move to the Premier League. 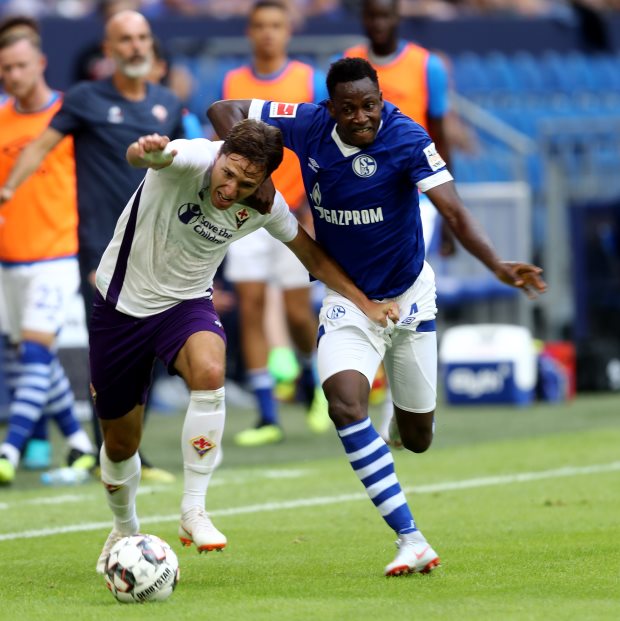 Rahman At Chelsea – Too Many Changes

Rahman was 21 when he made the move to Chelsea and it was always going to be a tough ask to replace Luis in the team. To make things worse, Jose Mourinho’s Chelsea had a tough start to the season, so the Portuguese did not make too many alterations to the team as he could not afford to experiment.

Cesar Azpilicueta assumed the left-back role and Rahman was restricted to three starts and one substitute appearance in the first half of the season. Despite the lack of first team football, Rahman admitted that getting more game time in the second half was his target, as he said: “Of course it is frustrating for any footballer to sit in the stands – I do not want to experience that often. As a young player you have to get used to such a big club and this world-class league. In my view, the first half year was okay. But in the second, I definitely want to play more.”

Chelsea’s poor run in the first half of the season saw the club sack Mourinho and replace him with Guus Hiddink. The Dutchman’s arrival saw Rahman make more appearances, but it was not the same Rahman that turned out for Augsburg.

The Blues’ set-up was much different to Augsburg’s. While the Bavarians had hardworking players in Tobias Werner and Daniel Baier on the left, Rahman played alongside Ramires and Eden Hazard more often than not at Chelsea. The Ghanaian did not have the same defensive support that he had while at Augsburg, something Weinzierl had admitted while the two worked together. “We are very active about the full-backs, the left benefits from the fact that he has good team-mates with Werner, Altintop and Baier on his side”, Weinzierl said. “Baba has implemented our plan well. Of course we also worked a lot with him individually – but we try that with everyone.”

Things were slightly better from an attacking perspective as Chelsea worked on the system of stretching play that allowed Rahman to make marauding runs on the left, but in the end, Hazard’s presence on the left wing shackled Rahman’s scope.

The subsequent summer saw Antonio Conte take over and Rahman was sent out on a loan spell to Schalke, who had appointed Weinzierl. The German coach had brought the best out of Rahman at Augsburg and the reunion was seen by many as a move that would benefit both the club and the player. 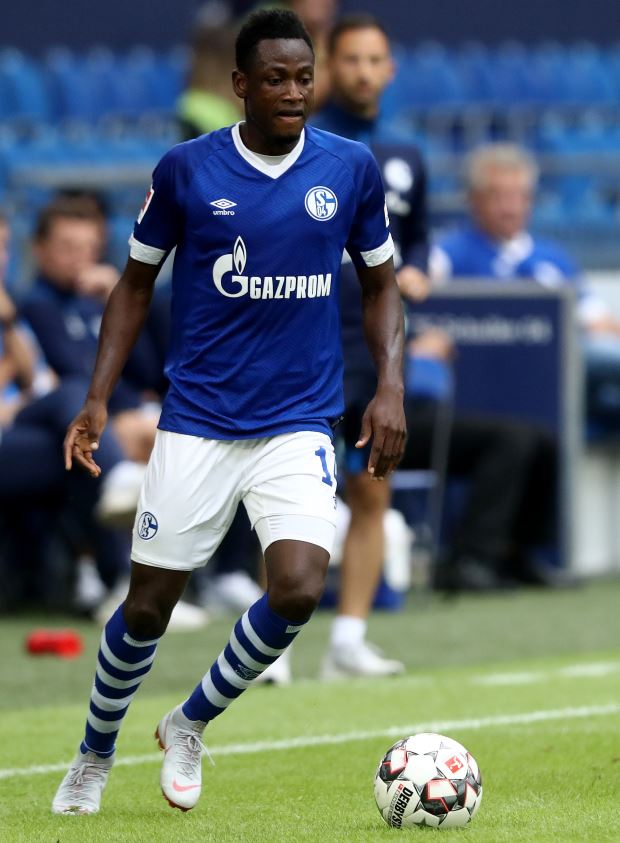 Injuries And Poor Form At Schalke

Conte’s more defensive approach meant Rahman was not the ideal fit under the Italian, but things were about to get far worse at Schalke. A poor start to the season saw Schalke lose their opening five games of the 2016/17 campaign.

The slow start meant the system had to change and Rahman made way for Sead Kolasinac, who added more defensive stability at the back. The Schalke fans wanted to see a more attacking style, but results in the opening two months did not allow Weinzierl any more leeway.

With Kolasinac as the left-back, Schalke had the more physical presence at the back as they won five of their subsequent seven games. The shift in philosophy and tactics saw Rahman make just two more starts in the first half of the season as Weinzierl preferred the more reliable Kolasinac at the back.

Despite being second choice at club level, Rahman earned a place in the Ghana squad for the 2017 Africa Cup of Nations. Ghana’s opening game saw them take on Uganda, but just 37 minutes into the game, Rahman was on the deck clutching his knee. The fans feared the worst when he was brought off, and scans after the game confirmed it was a cruciate ligament tear than would put him out of action for more than 18 months.

The injury came at the worst possible time as Rahman had the chance to develop his game under a coach he previously worked with at Augsburg. Though Weinzierl was sacked at the end of the 2016/17 season and replaced by Domenico Tedesco, Schalke re-signed Rahman an 18-month loan deal in January 2018.

Rahman’s career has seen a downward trajectory due to a terrible injury coupled with indifferent form, but things still may improve under Tedesco. The club finished second in the 2017/18 Bundesliga campaign and even though it has been a tough start so far this season, the young coach has earned the trust of the fans and the sporting director Christian Heidel.

The timing of Rahman’s moves have been an issue in the last three years, but the Ghanaian, who is still only 24, has the chance to be part of Schalke’s team on a more regular basis if can fine-tune the defensive side of his game. Schalke’s style under Tedesco suits Rahman, so it is now up to Rahman to make the best use of his opportunities.