Inter are plotting a strategy to make their move for Barcelona winger Malcom, who has also been on Arsenal and Everton’s radar.

Barcelona signed the Brazilian winger from under Roma’s nose last summer but his time at the Nou Camp has not gone according to plan.


Malcom has been a bit part player at Barcelona this season and has not been a big part of Ernesto Valverde’s plans despite the club spending €41m on him last year.

The player’s agent is likely to meet Barcelona in the coming weeks to discuss the way forward, with a transfer believed to be a distinct possibility. 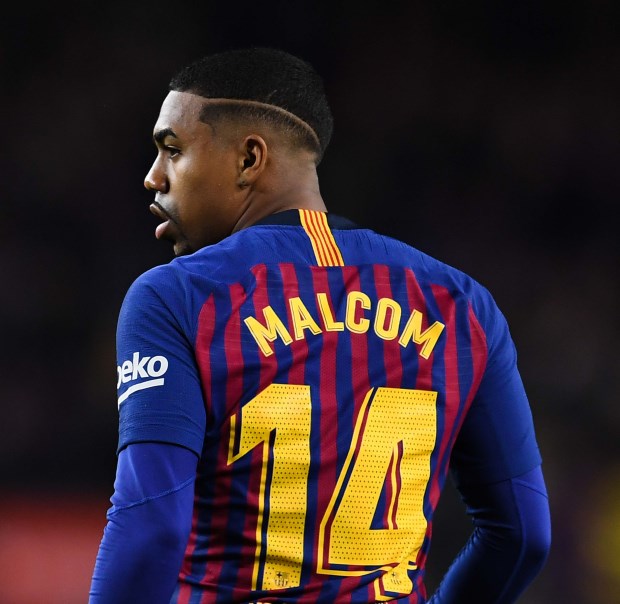 Arsenal and Everton have been linked with an interest in him and they are likely to face competition as, according to Italian daily Corriere dello Sport, Inter are also planning to make a move for him in the summer.

The Nerazzurri want to sign a winger and are considering a number of options, including the possibility of taking Malcom to Italy at the end of the season.


Inter are already putting together a plan in place and it has been claimed that they are considering signing Malcom on an initial loan deal.

They are aware that it would be a hard-sell to Barcelona, who want to recover money on the player, and Inter would consider including a mandatory purchase option in the agreement.

The club are considering keeping the figure at around €40m, which would allow Barcelona not to suffer any financial losses on Malcom.